In fact, it was easy to verify the matter. Yue Zhan could either investigate the ‘girl’ of the federal delegation to see if his or her identity was consistent with what the little prince said. Or he could start with the little prince…

But Yue Zhan didn’t want to do anything now. He hesitated. He was afraid that the fantasies of the little prince… would be true.

Rubbing the scales with his fingertips, he fell into contemplation and unknowingly fell asleep.

The next day, Yue Zhan called Yue Ge again and calmly said, “Brother, you say… is it possible that there are still mermaids in this world?”

Yue Ge was shocked, “Did you just call me brother?!”

“That’s not the point.” Yue Zhan’s voice was unsteady as he said, “I suspect, I think, I may… forget it, hang up.”

If it was a week ago, Yue Zhan would never have believed that he would become the ‘Yue Zhan’ in the little prince fantasies, but—

A week ago, he swore that he would never fall in love with the little prince. But now… he was tempted.

But the premise of all this was that the little prince’s fantasies were indeed true.

Yue Zhan wasn’t a coward. Although he hesitated last night, when he woke up today, he returned to the calm and rational Major General Yue.

All the problems in the world would be ultimately discovered, analyzed and solved.

There was nothing he couldn’t face. Therefore, he decided to start with the ‘girl’ from the Federation.

This person had impure motives, and for the sake of safety, even without the information disclosed by the little prince, he would find out the details of this person.

After getting dressed, he went out of the room and knocked on the little prince’s door to remind the other party to get up and eat.

But after knocking a few times, there was no response.

Xie Qingran came to help Yi Nuo get something. When he saw Yue Zhan knocking on the door, a deep meaning flashed in his eyes, and then he said, “His Highness is not in the base today.”

Yue Zhan paused, frowned, turned to look at him, and asked, “Not at the base?”

Xie Qingran nodded, walked forward, and said, “The eldest prince arrived at Blue Star today to receive the federal delegation at the State Guest House in the city center. His Highness was asked to go over.”

The federal delegation would be there too?

Yue Zhan’s frown deepened, but his sight soon fell back to Xie Qingran.

He remembered that Xie Qingran didn’t live here, and shouldn’t he be accompanying the little prince now?

As if he could see what he was thinking, Xie Qingran took out the key given by Yi Nuo and explained, “His Highness asked me to help him get some documents.”

Yue Zhan’s heart became uncomfortable when he saw him holding the key, and his eyes darkened slightly, “Give it to me. I’ll bring them to him.”

Xie Qingran moved back. He didn’t want to give him the key, but Yue Zhan’s attitude was firm. After a moment of silence, he finally handed over the key.

Yue Zhan took the key and watched Xie Qingran leave. Then he turned around and opened the door of Yi Nuo’s room.

When he walked in, he couldn’t help scolding the little prince in his heart—

He doesn’t have any safety awareness. How can he give the key to Xie Qingran? What if the other party also found fish scales?

After getting the documents Yi Nuo wanted, he subconsciously checked the room. No scales were found on the bed, but one was found in the bathroom.

Yue Zhan: “…” He really doesn’t have any safety awareness.

Yue Zhan complained again, but he couldn’t help worrying: if the scales really belong to the little prince, is he ill? Otherwise, how can the scales fall off? And three pieces!

Thinking of this, Yue Zhan got up and left quickly, just wanting to see Yi Nuo soon.

At the banquet at the State Guest House, Yi Nuo was holding a cup of wine in his hand, waiting for the eldest prince and princess Lily.

He didn’t want to attend. After all, Yue Zhan reminded him not to leave the base if it wasn’t necessary.

However, the eldest prince brought the Emperor’s secret decree and insisted on giving it to him personally.

As for why the Emperor didn’t call directly, it was because he was afraid of being monitored. After all, Zong Qingxu was a clear example. The Zong family’s anti-eavesdropping technology wasn’t bad, but they were still monitored.

After knowing this, Yi Nuo felt a little guilty, so he asked his cousin to keep a low profile recently.

Fortunately, the Emperor suspected it was done by Yue Zhan and had nothing to do with him (Yi Nuo). This was also normal. After all, in the eyes of his father, he was an incompetent and harmless little white rabbit. He had to hide his strength and bide his time. He just needed Yue Zhan to help him carry the pot.

Yi Nuo turned the cup and thought in boredom: why hasn’t the eldest brother arrived yet?

The eldest prince had just gotten off the suspension car and told Princess Lily, “Remember, Yue Zhan is our goal. We must draw him over from Yi Nuo’s side. Do you remember what he looks like? Why don’t I show you his hologram again…”

“Oh, I know. I know. Brother, you’re so annoying!” Princess Lily waved her hand impatiently, and then, like a flower butterfly, happily flew into the State(flower) Guest (cluster) House.

When Yue Zhan walked into the banquet hall, he saw the little prince at a glance. Yi Nuo stood on the steps of the second floor, wearing a white-gold royal dress.

Yue Zhan couldn’t help smiling and walked quickly towards the other party.

Princess Lily came in at the same time, and her eyes were also attracted by the person on the steps.

She hurriedly picked up her skirt, passed by Yue Zhan like a gust of wind, stopped in front of Yi Nuo, raised her face, and asked shyly, “This little brother, you’re so beautiful. Is it convenient to exchange terminal numbers?”

The eldest prince who followed closely: “…”

Was his royal sister’s face blindness aggravated again? Or did the love-struck disease get worse? How many times has she asked me for my terminal number?

The eldest prince also hurried forward and dragged his sister back. He wanted to shake her head and say: this is Yi Nuo, your royal brother! What’s wrong with your eyes, ah?

“Ah?” Princess Lily immediately looked disappointed and said with regret, “Why is it him again?”

The eldest prince hated iron for not becoming steel1To feel resentful towards something or someone for failing to meet expectations and impatient to see improvement. He quickly turned her face in Yue Zan’s direction and whispered, “Look at him. He’s Yue Zhan.”

Yue Zhan instantly understood what the brother and sister were thinking, and his eyes became sharp.

When Princess Lily met his gaze, she hesitated for a moment before silently turning her face away.

Eldest prince: “???” What are you afraid of? Come on, take out the momentum of your previous love scene!

Yue Zhan immediately understood why everyone said that the eldest prince and his sister were unreliable. His little prince was actually quite good compared with his eldest brother and sister.

Ignoring these two people, Yue Zhan walked directly to Yi Nuo, and the sharpness of his eyes was replaced by softness.

“Why did His Highness come here?” He handed over the documents Yi Nuo asked for and took the opportunity to ask.

“My older brother said he had something for me.” Yi Nuo’s answer was very vague. He looked down at the documents, feeling a little strange, Yi Nuo asked, “Why did you bring them?”

Yue Zhan glanced at Xie Qingran, who came with him, and said, “I just met Mr. Xie.”

When Princess Lily saw Xie Qingran, her eyes brightened. But when she saw who Xie Qingran’s gaze fell on, she secretly shook her head.

The eldest prince poked her and whispered, “What are you doing? Hurry up and talk to Yue Zhan.”

The eldest prince was so angry that he wanted to roar in her ear: What’s wrong with you? Don’t you like handsome guys?

Princess Lily was too lazy to pay attention to her brother. She had a clear mind. Yue Zhan had a strong aura and looked indifferent, it was better not to provoke him.

As an excellent pond owner, she never catches fish that she can’t control. This is her experience after fishing for many years and never overturning the car.

She looked at Yue Zhan, Yi Nuo and Xie Qingran, and secretly thought: but my brother doesn’t seem to understand this truth. Tsk, tsk, should I remind him?

Yi Nuo didn’t know what the brothers and sisters were thinking. He directly handed over the documents brought by Yue Zhan to the eldest prince, then he stretched out his hand, “What about mine?”

The eldest prince was unwilling, but he reluctantly handed him the sealed letter and complained, “You’re too impolite. Up to now, you haven’t even called me big brother.”

Yi Nuo took the letter and placed it inside the space bracelet, thinking: where do you look like a big brother?

When he was done and was about to leave with Yue Zhan, Yi Nuo caught a glimpse of Zhang Yu’s face hurriedly entering a room on the second floor. 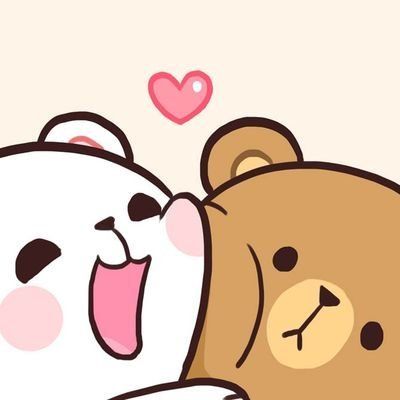