Shen Zhifan was actually rather inept at dealing with girls. Although he had previously dealt with quite a lot of them, the level of enthusiasm before him right now really wasn’t something he could get used to in this moment.

He looked at Shen Zhirou, not quite understanding the situation.

“This is my classmate…uh, I invited her to visit.”

Shen Zhirou pulled Yi Jia behind her, speaking in a small voice. As she did, she carefully looked at Shen Zhifan’s face.

When her brother got angry, he was really quite frightening.

But of course Shen Zhifan didn’t get angry; he was not in the kind of mood to be provoked by something like this. After all, right now his soul had already flown out of his body and scattered.

The place where Yan Shuo had kissed was burning hot on his forehead. Even though the kiss had been as airy as a dragonfly skimming water, his body had already gone rigid, the processor of his brain completely disconnecting.

Rather preoccupied, he simply went upstairs, then paused halfway. Separated by the stairs, he gestured towards Shen Zhirou.

“Come up, I need to ask you something.”

Shen Zhirou replied, with a face full of terror, “The last time my brother had this sort of expression was when our home was destroyed.”

Shen Zhifan sat at the desk. His room actually wasn’t that big; aside from the storage room and attic, it seemed to be the smallest room in the house.

There also wasn’t much decor inside, it was very simple, save the thick rug on the floor. Since Shen Zhifan was a bit weak to the cold, he always liked to walk on the floor barefoot.

Trembling with fear and trepidation, Shen Zhirou closed the door. Thinking through it, she felt like she hadn’t stirred up any trouble, and so began to speak falteringly.

Shen Zhirou released a breath, realizing that it wasn’t because of this matter that her brother wanted to talk to her. She paused, then suddenly asked, “Brother, did you remember something?”

Shen Zhifan blanked, then shook his head, “No, nothing ah.”

Shen Zhirou sighed again, explaining in a small voice, “You seem pretty pissed off, so I thought you remembered something from before.”

He was so happy that it was rather shocking.

Shen Zhifan pulled the brakes just in time, then sighed softly, “Did I always look like I was mad?”

“It was alright,” Shen Zhirou recalled, “Oh, the main thing was that even I didn’t really understand what you were usually doing…”

“It seems like I was pretty busy before,” Shen Zhifan glanced down at his desk, then suddenly reacted, “No, I wasn’t going to talk about that, I just wanted to ask you…”

“Before, how was my relationship with General Yan Shuo ah?”

“Before?” Shen Zhirou blinked, “Did you know each other before? I don’t know ah? You’ve never mentioned it to me ah.”

Shen Zhirou didn’t know what the relationship between he and Yan Shuo was…he frowned.

He sighed, waving a hand at Shen Zhirou.

“You should go down.”

Shen Zhirou felt that she almost unconsciously saluted before leaving. After all, she had gotten used to currying favour with her brother from before, since as the head of the household, Shen Zhifan controlled her allowance.

Speaking of which, she felt it was really quite a fresh experience after her brother became amnesiac. Although he’d forgotten a lot of things, he seemed happier.

She was just about to leave when she looked at Shen Zhifan’s slightly lonely figure, then paused. She walked up to his back, wanting to give him a hug.

He rubbed her shoulder for her, “When I’m a bit out of it, you probably shouldn’t randomly get too close. It seems like even I can’t control this.”

Shen Zhirou was extremely regretful, sniffling, “I was actually feeling sorry for you and wanted to give you a hug, do you have to go this far? Am I not a girl ah, am I not your real sister ah?”

“…Then you have to raise my allowance for this month.”

Shen Zhifan was in the wrong, so he nodded, although he then paused and asked, “Speaking of, do we only have that one card for our finances?”

Shen Zhifan had a wallet with a card inside, but he actually didn’t remember the pin for it…however, iris-scans could be used to pay for things. He’d taken a look at the account last time – there wasn’t a lack of money.

“How would I know? But you would put some cards into the safe, back when we lived in Dique district1Dique district – literally tls to king/emperor sparrow district – ah, wait a second,” Shen Zhirou suddenly thought of something very important, it was just that at this moment, she forgot what it was called. Hurriedly, she urged, “Ah bro-brother brother I-I suddenly remembered that ah! That thing!”

Of course, it was impossible that Shen Zhifan could tell what she was saying, but seeing Shen Zhirou so excited, he was slightly nervous, “What is that?”

Diary…He did have a habit of writing a diary, but he didn’t do it everyday.

With his diary, would he become aware of more things?

“I’ve never seen what you wrote in your diary, but you write in it pretty often!” Shen Zhirou said enthusiastically, “Ai, brother how about you take a look and see if you can remember something?”

“But I don’t think I’ve seen a diary,” As he spoke, Shen Zhifan opened the desk drawer. Perhaps it was because it hadn’t been long since they’d moved in, but there wasn’t much inside, “I…”

“It’s probably still in our old house. Since it was the first house we lived in together, we left a lot of things there.”

Shen Zhifan nodded, then casually grabbed an overcoat and put it on, “Where did we live before?”

Shen Zhirou pursed her lips and let out a somewhat nervous sigh.

The feeling of amnesia and having this gap in his memories certainly wasn’t good, even if it was as if he’d woken up from a dream, possessing everything he ever wanted…

In this world, what could be more blissful than sleeping till one woke naturally?

Yet it wasn’t as good as one would imagine. Now, every step he took was like walking on cotton. It was very soft and beautiful, but he couldn’t see the past, and it seemed that he wouldn’t be able to understand the future.

Or maybe it was really all too pleasant ah – this made him very afraid, always feeling as if his next step would be right onto thin air.

He always felt that this reality should have…something. It was deeply buried, tightly bound by chains, and hidden somewhere that he couldn’t see.

Yan Shuo pulled off his coat and went to turn on the light by habit. However, before his hand had even touched the switch, the lights turned on.

In that moment, his fingertips had already touched the small form of the gun at his waist. His heard the barest breath, and when the lights had completely turned on through the room, the jet-black muzzle of his gun was already pointed at the intruder.

The intruder directly put their hands up.

The young beauty was so scared that the bubblegum at the corner of her mouth had popped.

“Your Highness seems to be in a good mood, pushing the high levels of the Empire around like a spinning top.”

Indifferently, Olivia chewed her gum as the corner of her lips hooked up.

“There’s no other way ah. If I hadn’t made a ruckus about disappearing, I’d definitely be secretly killed off by Shen Zhifan ah.”

“He and my brother are on the same side, you’re pretty clear on that right?” Olivia smiled at him, “Both my big brothers are wicked, cunning devils, especially the one that’s not here right now…Shen Zhifan is just the sharpest sickle in his hand. Ah, from your expression, you really didn’t know?”

But why…what did this have to do with Shen Zhifan?

“I’m pretty much walking on thin ice right now,” The corner of Olivia’s lips dragged down, “If it weren’t for that hypnotism actually working a little and Shen Zhifan ‘crashing’, you could only meet me in hell. Ah, no, it should be heaven, you’re going to heaven, right?”

“If Your Highness is sincere, I suggest you can be more frank.”

“Oh, sure,” Olivia’s bubblegum blew up and popped out again. She lowered her eyes slightly, her fine eyelashes making her gaze seem very serene, “That brother of mine, the honourable Crown Prince Ferdinand, has been secretly rebelling, selling secrets and betraying his country…it was just a pity that he wasn’t cautious enough, which led to me finding out.”

“My second brother is a brainless fanboy of our big brother, completely without his own thoughts, so much so that he…forgive my bluntness, but the rest of our siblings are all useless. My mother has already passed and her clan does not have any influence. The title of Emperor that my father left behind has already been rendered useless, which is just as well, since I can’t even see him. The other half of the power is held in the Prime Minister’s hands, who knows where his allegiances lie…I’m really walking on thin ice, General Yan.”

Yan Shuo’s breath hitched, an icy-coldness sweeping through the bones of his limbs.

Olivia’s every sentence was practically a scandal or a secret that could shake the heavens.

“Please help me, General Yan, and save this dying Empire too,” Olivia raised her head, her delicate, snow-white face without expression, yet carrying an unspeakable sorrow, “When my mother was at death’s door, she entrusted me to the Yan family. The only ones I can trust are you.”

“In exchange,” Olivia lifted her gaze, that undoubtedly beautiful countenance now extraordinarily dark, “I can tell you one of Shen Zhifan’s secrets.”

“The secret of how he became a blade under my brother’s hand.”

—
Death’s notes:
If you’re confused, at the part where Shen Zhirou tries to hug Shen Zhifan he accidentally reacts and unconsciously hurts her since she comes up from behind him. 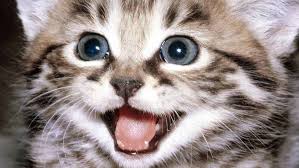