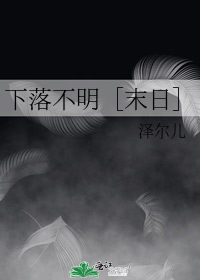 The little watermelon grew very fast and was already as tall as him.

Seventeen waved his hands above Five-Two’s head and roughly measured it compared to himself before saying, “How are you growing so fast…”

He stretched out his hand again, this time, to pat Five-Two’s head. Five-Two also extended his hand to wave overhead in the same way.

The two hands collided in the air and he suffered some pain. He raised his head to look over, but bumped into Five-Two’s eyes.

“A watermelon can really grow, you’re as tall as me so quickly.” He rolled his eyes and smiled, then lowered his hand to pat Five-Two on the shoulder. “Now the little watermelon has become a big watermelon.”

Just as Five-Two was about to say something, he caught a glimpse of a red mass flying towards Five-Two whilst breaking the wind.

His pupils abruptly dilated. He couldn’t see what it was but his intuition told him that it was not a good thing, so before he had time to hear what Five-Two said, he threw himself and pushed down Five-Two to avoid it.

The thing flew over the two of them carrying sparks, left a scorching air wave, then hit a dead tree not far away. Fire ignited, causing the tree to collapse and the people next to them to scream.

Despite hearing the clamor behind him, Seventeen didn’t bother to look back. After exchanging a glance with Five-Two, the two of them exerted their strength at the same time and rolled towards a huge boulder at the side.

Five-Two slightly turned his head to see if the other was injured.

But the other party didn’t care about these. He whistled to grab everyone’s attention and issued an order, “Don’t panic! Look for a place to hide first and see if anyone’s injured. Trouble has probably come looking.”

The corner of his clothes was pulled, he lowered his head and determined it was Five-Two’s hand.

While thinking about how this kid always liked to pull people’s clothes, he followed the direction of Five-Two’s hand.

He then saw Five-Two staring behind the boulder motionlessly, looking slightly dazed.

He also looked over.

Walking slowly behind the boulder was a group of fully armed humans covered from head to toe, issuing mechanical collision sounds as they walk around while the weapons in their hands rattle as their fingers handled them.

Seventeen, who was thinking about what to do, heard Five-Two’s confused voice, and remembered that this was the first time Five-Two saw human beings on a mission.

“They’re human beings, the creatures that originally lived on this Earth. They can’t breathe and survive in this kind of environment so they’re all covered with equipment.” He explained, “After the catastrophe, they all fled to other planets.”

“Then why are they here?”

“There’s not enough laborers so this group of humans resorted to catching mutants and enslaving them.” He talked while gesturing to Three-Seven who was looking at him from a distance. “It was the mutants who were caught and injured by them who usually does this but it turned out to be humans this time. It guess their laborers are really not enough.”

He was about to pull Five-Two to hide in the thick smoke created by the fire behind them when he heard Five-Two’s serious words. He was taken aback for a moment but then immediately smacked Five-Two on the head.

“What are you saying? That’s almost as good as killing us. Can this be fought?”

“Then we can only hide like this?” Five-Two, who was pulled by him, asked.

He suddenly couldn’t find the words to answer. That’s right, are they going to hide like this for the rest of their lives? What’s more, they don’t know if they will die, how they will die, and what will happen after death. They don’t know, because no one can live to that time.

But he didn’t have time to think about it now, so he could only leave the question behind, pause, and prevaricate. “Then wait ‘till they’re half dead.”

Three-Seven was cutting down another tree next to the fire to try to create a row of flames to resist the attack.

Before the last cut, the humans behind him raised their guns, and a bullet exploded among the people. Blood splashed out in an instant and limbs were scattered in all directions.

The crowd screamed, gripped by terror.

“Don’t panic! All those alive go near the fire! Go find Three-Seven!”

The crowd began to stop their ear-piercing screams, but a cacophony of pain and wailing, calling out the dead, holding each other’s arms remained as bloodstain were everywhere, even to the point of of merging into a stream of blood.

Seventeen pulled Five-Two and ran to the other side of the fire, but they were still too far away. The humans behind them kept approaching and the bullets kept falling beside them.

They ran and fell, fell and got up, fell again…

Five-Two suddenly screamed and collapsed on the ground—his leg was injured by a blast!

Seventeen hurriedly stopped and turned around, checking nervously, “Are you all right!?”

“What nonsense, Dage is covering you, I will take you away!”

Seventeen glared at him and leaned over to pick him up, but couldn’t muster the strength.

“Forget it, your arms are broken, how can you hold me,” Five-Two said.

“Boss! Five-Two! Where are you? Come here, hurry!”

“Then I’ll drag you away!” He was becoming anxious, his eyes were bloodshot, and he was about to bite Five-Two’s clothes with his mouth.

A bullet exploded beside him.

Five-Two covered him with his arm, which then bled a lot.

“Wait, I’ll take you there right away.”

Five-Two suddenly grabbed his neck, brought it to his side, raised his head slightly, and touched the tip of his nose with his own, as if signing some contract—”Thank you, without you, I might not be alive today. Boss, you’re really awesome.”

Seventeen’s body was suddenly grabbed by a person, thick smoke enveloped his whole body in an instant, and Five-Two’s figure disappeared from his sight.

He suddenly froze and even forgot to call out for the person as they parted in this life and death situation.

He had been hurriedly dragged away by Three-Seven.

Although the air was filthy and covered the sun, making everything gloomy and overcast as if there was always a cloudy sky, the complete darkness at the moment reminded everyone that it was already late at night.

Seventeen sat alone in front of a table made of raised stones, absent-mindedly staring at the potholes on the table in as his fingers tapped the table slowly, reminding him of his bad mood.

“Boss, you should eat something and drink some water.”

He raised his eyes and saw Three-Seven hesitatingly holding water and approaching him cautiously.

He took it without saying anything.

Seeing that he was receiving the water, Three-Seven became more courageous and stated, “Boss, I really didn’t mean to leave Five-Two on purpose, I only saw you and it was urgent, I just…”

He snapped out of it and looked back at Three-Seven, sighed, and said, “I don’t blame you, and you don’t need to explain to me.”

Three-Seven still wanted to say something but was interrupted by Three-Eight. “Then you say something. It’s because you don’t say a word that he’s so scared he dare not even take a breath.”

After taking a sip of water, he spoke:

“Back when Fourteen and Fifteen both died tragically at the hands of humans, Sixteen couldn’t bear it and insisted on avenging them, but in the end there wasn’t even a shred of him left.”

As he spoke, he shook his head, revealing some pained sadness.

“I can’t leave, this group of people still depend on me for their lives. But I also have to save Five-Two, he was captured and injured, he will only be tortured to death by them. I can’t let go of both ends, and I can’t ignore both ends.”

Everyone was silent for a while. There were one or two voices shaking their heads, sighing, or whispering from time to time.

Three-Seven’s voice sounded softly, causing the opposite to raised his head when he heard it. Three-Eight bumped Three-Seven with his shoulder, urging Three-Seven to speak the second half of the sentence.

“Boss,” Three-Seven raised his eyes to look at him, “you go, I will lead everyone during this time.”

“Yeah yeah, there’s also me!” Someone stood up and echoed.

“And us! Boss, don’t worry, we can protect ourselves!”

The voices came and went passionately, which gave him great confidence.

He looked at everyone and finally made up his mind.

“Okay! Then wait for me to rescue Five-Two!”

The night was still cold and desolate, but there was hope for a ray of daylight soon to see him off at dawn.