The villain has been coveting me for a long time 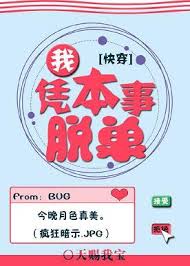 Time flew, and a year passed in a blink of an eye. Siren lived together with Shen Fengyue by default. During this year, their relationship grew closer. Siren usually helped with work and also went fishing with Shen Fengyue.

It was also because of Siren’s cheat-like ability that Shen Fengyue always returned with a full load, and his life was much better than before. Siren was already extremely talented in grasping the language, and a year’s time was enough to make the conversation between him and Shen Fengyue smooth.

It was the twenty-eighth lunar month of the lunar calendar, just like the previous year. It was the time to offer sacrifices to the god of the sea.

Shen Fengyue packed up his things and was ready to go. Before leaving, he grabbed the door frame and said, “Don’t walk around. Today is the Festival of Sacrifice to the Sea God, I will be back as soon as I can.”

Siren put the broom in his hand to the door, and assuredly said, “I know.”

“By the way, you should put on that hood today.” After thinking about it, he exhorted again.

“Okay.” Siren said, “you remember to come back early.”

Shen Fengyue nodded and turned away. On the way, his right eyelid twitched until his eyelid cramped. He rubbed his right eye, pressed his hand on it, and muttered, “What’s going on, twitching of the right eyelid shows something bad is coming.”

Ka Xiu was a famous ruffian rogue in the small town. He usually spends his time being idle all day long and had no job or work, but he was delusional enough to believe that one day he will hit the jackpot and will make a fortune.

A few days ago, when his friend Sota was chatting with him over a drink as he chewed on the peanuts in his mouth and happily described to him a strange thing he saw last year, “I’m telling you, it’s true. I was drunk a little and was walking down that road, I heard an indistinct singing.”

“Hey! It was so good. I can’t describe how good it sounds. Anyway, it doesn’t look like the one that humans can utter.” He suddenly slapped his knee, “So I followed the song, and guess what I saw?”

“Come on, don’t talk around.” Ka Xiu’s interest was piqued, so he urged.

“I saw a huge blue moon rising from the sea, and a figure was lying on the reef singing.”

“So I looked closely. That figure had a fishtail with a human body, isn’t that the same as a merman?”

Sota, “I was drunk, yes, but when the night breeze blew, I was half awake from alcohol, and my vision was also much clearer.”

“Where did the merman appear?”

“It seems to be the direction of An Dong’s house.”

So he started stalking Shen Fengyue, especially when Shen Fengyue suddenly became prosperous during this year, which made him enviable. There must be something amiss here, otherwise, it’s hard to believe such a thing!

Recently, Ka Xiu was wandering near Shen Fengyue’s house, and he saw a tall man covered tightly with a hood, hiding all his body. He looked again and again, and felt more and more that there was something wrong with this man, so he went to the priest to talk about it the day before the sacrificial day.

The priest naturally didn’t believe it, but couldn’t stop his search, so he had to send two people with him.

Ka Xiu took the two men and said to them, “Wait, we are sure to make a lot of money this time. If it is really a merman, the priest will look at us differently.”

The two men were twins, and they didn’t believe in Ka Xiu’s nonsense and were in a foul mood because they had to tag along with him. Both of them sneered at his words, and the word disdain was written all over their faces.

Even facing such disdain, Ka Xiu pretended he couldn’t see it. He put away the smirk on his face, turned his head, and rolled his eyes while thinking to himself that he would make a good deal of the two men in the future.

The three of them quickly arrived at the door of Shen Fengyue’s house and knocked forward three times.

The door opened, and the tall man appeared behind the door and asked, “An Dong is not here, do you have anything to do with him?”

The three were surprised by Siren’s appearance.

How can someone be so ugly?!

Ka Xiu had lived for over 20 years and this was the first time he had encountered someone so unsightly, he was afraid that he will not see someone uglier than this person even in the future.

The man was extremely, almost two heads taller than them, Ka Xiu could only look up at him, while the other side looked down at them like a god on a high pedestal.

“You…” As he asked, his adam’s apple slid down, Ka Xiu summoned his courage and said, “What are you to An Dong?”

Ka Xiu’s gaze roamed over Siren for a moment and stopped like a fire on the tightly covered black hood. The black hood seemed to hide some shady secrets, and what he liked the most was to search for the truth.

The malicious gaze was exposed under the blue sky and the bright sun, as the maliciousness was too obvious.

Being stared at and feeling extremely uncomfortable by his line of sight, Siren narrowed his eyes dangerously. His dark and bright pupils became like needles, and suddenly, the overwhelming air pressure pressed down on the others.

The sixth sense of humankind was desperately reminding them that the danger was approaching. The twin brothers stepped back and looked at Siren vigilantly, secretly saying that this person was unusual.

Ka Xiu was shocked enough to get goosebumps by that look. He shrugged his shoulders, and the back of his neck became very stiff, as he said with a shaking voice, “Are you a… merman?”

When Siren heard the words, he let out a cold snort from his nose, and the corners of his lips hooked up in an arc.

“An Dong hides a merman privately.” Ka Xiu said stiffly, “He will not end well.”

The tall man suddenly bent over and leaned over to approach him, his eyes locked firmly on him.

Ka Xiu stared at those eyes as if there were an undercurrent surging, and then the current became more and more turbulent. For a while, he was swept up in the swirling current, and he suddenly into Siren’s hood.

Even though Siren reacted very quickly and caught Ka Xiu’s wrist, the hood still moved a bit, and the fan-shaped fins were exposed, revealing a bit of the true face of the figure, which reflected a little light in the sun and quickly disappeared.

“You…you really are…” Ka Xiu said blankly and was distracted by the pain from his wrist at the next moment.

Siren pulled the hood back forward, increased the strength of his hand, and turned his head to stare at the twin brothers.

When the twin brothers saw the ear fin, they knew they had come across an incredible secret. At this time, Siren was staring fiercely at them, and under his vicious stare, they moved back bit by bit.

“Mer… merman… he is really a merman!” He said the entire sentence with a shiver, and the twin brothers turned their heads and ran away when they saw the situation was bad.

Siren turned his hand forcefully, only to hear a click, and Ka Xiu’s wrist had fallen weakly into a strange arc.

“Ah!” Ka Xiu wailed in pain, looking at his hand in horror, tears rolling in his eyes. He wanted to touch it but didn’t dare to touch it.

In the next moment, Siren moved to the front of the two brothers with light footsteps.

The two brothers were frightened, and their feet wobbled.

Siren smiled slightly, “No one can reveal this secret, so…” He paused, and then added the next sentence almost cruelly, “You are all going to die.”

“No one can threaten An Dong.”

The fear of death shrouded them in an instant, and their pupils suddenly enlarged because of excessive panic. The next moment, the figure of death moved.

When the brother saw Siren rushing towards them, he ran to stop him without even thinking about it. He hugged Siren by the waist and shouted at his still stupefied brother, “Go!”

The younger brother couldn’t believe it, and stopped in place, “Brother…I can’t leave you behind.”

Siren was hugged and immediately struggled, but the person on his body was dead set wrapped around him to stop him and refused to let go.

The scene was chaotic for a while. Amid the chaos, the hood on the siren’s head slipped, revealing the soft and long black hair, and the two fan-shaped ear fins also became visible looming in between the hairs.

There were three gaps on each side of the neck, which were operating one after another.

The younger brother watched as the monster stretched out its webbed claws and its mouthful of fangs hid in its mouth.

He stomped his feet, looked at his brother for one last time, and rushed out with a vengeance.

When Siren saw the person running away, the alarm in his heart became louder, and his strength became stronger as he wanted to throw the person out. His brother was still trying his best to buy time for his younger brother. After seeing his brother disappeared, the strength in his hand disappeared. With a violent throw from Siren, he slammed into the stone and fainted.

Siren moved his neck and made a clicking sound. He shook his hand and walked towards Ka Xiu.

“Don’t… don’t come over! Don’t come over!” Seeing that he was being spotted, Ka Xiu backed away anxiously, begging for mercy as he backed off, “I was wrong, I was wrong. Please let me go! I promise not to do it again. I won’t do it! Please, Lord merm…”

The corner of Siren’s mouth was smiling, and he was indifferent to what he said.

Ka Xiu opened his eyes wide, and then a stream of heat flowed down from his lower body, and the foul smell filled the air.

He looked down and saw the water stains on his face, despairing in his heart.

Lord Poseidon, save me…

He prayed silently in his heart, entrusting his life to the distant gods at this moment.

He doesn’t know whether it was his luck, the devil stopped his actions, frowned, and looked back.

Ka Xiu also looked in that direction and saw

-The fire of hope.

Clusters of burning torches rushed towards their side at a very fast pace. The one running in the front was clearly one of the twins.

“We’re saved…” Ka Xiu sat down on the ground, grateful for the fires.

Legend has it that merpeople are afraid of fire.

“Round him up!” The visitor gave an order, and the torches instantly surrounded the siren, forming a circle.

The man he lifted up, uttered a syllable indistinctly.

The younger brother cried with joy.

A large area of the ​​fire was close to him, and the air was filled with a burnt smell that was unique to fire. Siren looked bad when he smelled these smells.

“Arrest him. Capture the merman alive. The priest will reward us heavily!”

Howdy, I'm sylph. I enjoy reading and translating QT BL novels. If you like my work, please consider buying me a coffee. ღゝ◡╹)ノ♡