Chapter 39 – I love you so much, how can I have anything to do with him? 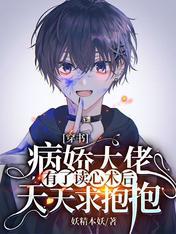 It was almost 11 o’clock after they finished filming the ten scenes.

In exhaustion, she then said, “Everyone can go back and rest now.”

It was originally just to get back at Shen Yu.

Who told him to deliberately hide his skills and lower everybody’s expectations. It would’ve been difficult for her to dispel the hatred in her heart without teaching him a lesson.

Unexpectedly, it was only Wang Meng who had imagined too much.

Shen Yu wasn’t only good at acting, but he also had amazing physical strength. He was able to shoot ten scenes without panting.

Those starlets that had just debuted, complained endlessly and they weren’t even able to stand properly on stage without outside help.

Shen Yu still had the energy to even encourage others, “Get up, get up. If you can’t bear this much hardship, how are you going to be able to fight for the country in the future when it’s in trouble?!”

“Who’s that? Feng Jinghe! Let’s talk! We have the same amount of screen time. I can still be alive and kicking. Don’t pretend to be a soft footed shrimp!”

“I heard that you were in the Marine Corps when you were abroad. Is this the level there abroad?!”

‘What kind of person is Shen Yu?

He shouldn’t be the country’s specially cultivated patriot right?!

As Shen Yu came out of the shower, he heard someone ring the doorbell.

While wiping his hair, he walked over and asked, “Who is it?”

Shen Yu responded after two seconds, “Do you have anything to do with me?”

“It’s late, we can talk about it tomorrow.”

“It’s about tomorrow’s scenes…” Feng Jinghe’s voice sounded deep and no emotion could be heard from his tone.

“I’m going to bed now.” Shen Yu made up his mind and didn’t open the door.

Feng Jinghe paused for a while. “If you don’t want to open the door. I’ll tell my brother that you named him ‘Dog man’ on your phone!”

As expected of someone with the surname Feng!’

Shen Yu grabbed the doorknob and quickly opened it, “Roll in!”

Feng Jinghe cleared his throat unnaturally and then walked into the room.

He won’t ever admit that he was afraid.

The moment Shen Yu closed the door, a camera that was hidden in the corner of the corridor that he didn’t notice, flickered.

“Speak. Why are you looking for me?” Shen Yu leaned on the sofa, raising his legs with an uncertain expression.

The Second Young Master of the Feng Family on the other hand, stood far away like a primary school student who did something wrong, as if waiting to be scolded and trained.

Soon, Feng Jinghe realized that he was not in the right state of mind and hurriedly found a place to sit down, “I came here to negotiate a deal with you.”

“Are you qualified to negotiate a deal with me?”

Don’t get him wrong, he was just paraphrasing the words of those domineering CEOs.

It felt so cool to say such words.

Felt like there was a sense of superiority, looking down on the masses in the world.

“Qualified to help you win half of the Feng Family’s property. Are you interested?”

[Pay attention to your character design!]

Shen Yu leaned back listlessly once more, “Whether it’s monetary or not, it doesn’t have anything to do with me…”

“Your brother is the person I love!”

‘Do you know how painful it is to say such words?!’

[I don’t know! You’re obviously interested in that obsessive Male Lead. Otherwise, how can you tolerate his intimate behaviours?!]

‘Was the system replaced?’

‘Why are you talking so much nonsense?!’

Feng Jinghe obviously didn’t want to give up and continued to make offers, “You’re aware that my brother will get rid of you sooner or later and marry Yan Ruiqing. They are childhood sweethearts and their relationship has always been good.”

“It’s not wise for you to be obsessed with someone like that. Why don’t you just cooperate with me. You’ll be famous and it’s a profitable offer for you if you accept it. Additionally…”

“What else is there?!” Shen Yu was looking forward to the rest of the offer.

Feng Jinghe smiled meaningfully, “I’m going to invest in an entertainment company and focus on cultivating trainees to debut…”

“It’s the kind who are around 25 years old. With a strong body, sunny personality and handsome appearance.”

“Of course, they must have changeable styles.”

‘Do I look so superficial?’

“Tell me what you think.”

Shen Yu rolled his eyes, ‘Why can’t I just listen?!’

‘The more I know, the more I can secretly help Feng SiRui to avoid getting plotted against by his own brother!’

‘Where’s the system’s customer service corner? It’s so noisy! Can I file a complaint?!’

Feng SiRui, who had just finished taking a shower and was about to drink a martini, suddenly caught a glimpse of his phone vibrating. He tapped on the screen lock with his long fingers1Idk why it’s so descriptive… Bruv I don’t care if you have long fingers… I have sharp ones.. Like mine look like candles… wider base and thinner tip( ͡° ͜ʖ ͡°) and a candid photo jumped in front of his eyes.

The photo was taken in a hotel. The corridors were dimly lit and the only light was coming from the open room door.

Shen Yu was wearing pyjamas. His hair was still wet and his collarbone was exposed. The lines on his chest were sexy and graceful, like a silent invitation.

As for the other person who was walking into the room in a hurry, his appearance could be seen just from his taut profile.

It was Feng Jinghe.

Feng SiRui exited the image screen and entered the text dialogue box, “Who are you?”

There was no response.

The names of several people flashed through Feng SiRui’s mind and he recalled the several celebrities that had conflicts with Shen Yu in the past three years.

There were too many and everyone was suspicious.

The corners of his mouth suddenly curled up with an unclear meaning, “Shen Yu ah, Shen Yu. You’re really making so much trouble nonstop.”

After sending off the whimpering Feng Jinghe, Shen Yu returned to his bed and was preparing to have a good sleep when his phone on the bedside vibrated crazily.

He probed it curiously to check and found that it was Feng SiRui.

‘When did this dog man become so clingy? Didn’t he just have lunch with him?’

“Wei? Rui-ge. Why are you calling so late? Do you miss me?” Shen Yu’s voice was soft and greasy, as if he was intentionally trying to disgust the listener.

—— ‘Hurry up and hang up the phone. Laozi wants to sleep!’

—— ‘I still have to deal with you after entertaining your brother. Why is my life so difficult?!’

“Uh…” Feng SiRui kept calming himself down. A photo is not enough to explain anything. He must calm down his mentality. Don’t ask directly. Love is like a battlefield. A little carelessness will…

“Did Feng Jinghe look for you just now?”

Shen Yu was surprised for a moment, “How do you know that?”

“What did he want from you?” Feng SiRui just smashed the jar. There was no use in beating around the bush.

“He looked for me to discuss a way to deal with you. Saying that he will give me half of the family property…” Shen Yu spoke kindly, “Of course, I rejected him with righteous words…”

“Rui-ge, I love you so much. How can I have anything to do with him?!”

“He really found the wrong person!”

“Rui-ge, be careful next time. Don’t be tricked by him!”

Seeing that Feng SiRui didn’t answer for a long time, Shen Yu carefully probed his reaction, “Rui-ge, you, do you not believe me?”

‘Although they are good words. But why is it so hard to listen to them?!’