For this business trip, because Ke Yan and Yang Shao Yu worked very hard for the job, they could come back earlier than the expected return on Monday. Yang Shao Yu didn’t inform Lin Zi Rui since he was planning to give him a surprise, so he immediately rushed to Lin Zi Rui’s hospital once he landed.

Yang Shao Yu came via taxi. He carried his luggage down the car, ready to enter the hospital. Suddenly, a car stopped in front and a man alighted. Yang Shao Yu originally did not pay much attention to it, but when he saw Lin Zi Rui also coming down from the same car, Yang Shao Yu blanked out for a moment. What did that man have to do with Lin Zi Rui?

In that man’s hand held a thermal flask and that flask was given to Lin Zi Rui. Lin Zi Rui flashed him a smile and said, “I’m going in.”

Yang Shao Yu listened in on the side and he almost couldn’t control his expression out of anger. What did he call him?! Xiao Rui? He hadn’t even managed to call him ‘Zi Rui’ yet.

After that, the man drove the car away while Lin Zi Rui carried the thermal flask into the hospital.

Yang Shao Yu watched as Lin Zi Rui walked into the hospital. His original mood of excitement to see Lin Zi Rui had now became very gloomy and with heartache. Could it be that Lin Zi Rui really did not like him already? But weren’t they still happily chatting on the phone these few days?

Could he really be unwilling to give him a chance to repent? Yang Shao Yu had never stopped regretting how he had rejected Lin Zi Rui previously. Lin Zi Rui must have been very hurt by him then. So now, he wouldn’t give him another chance?

But haven’t their interactions recently been going well? Yang Shao Yu felt as if he walked into a dead end, unable to get out. Furthermore, the person he wanted to find after entering this dead end was nowhere to be seen.

No, Lin Zi Rui knows that he (YSY) likes him. Based on Lin Zi Rui’s personality, if he liked someone else and was with that person, Lin Zi Rui would have told him earlier.

I must find out what that man’s identity is first. Yang Shao Yu was determined. But should he still meet Lin Zi Rui?

Yang Shao Yu missed Lin Zi Rui. Whenever he couldn’t see Lin Zi Rui, he would miss him, wondering what he would be doing. Would he be working overtime? Did he eat his meals properly? The weather’s cold, did he wear an extra or two clothes?

He missed Lin Zi Rui. That’s why he worked so much, so hard, for his work. Luckily, Ke Yan also missed Jiang Qi, so the level of hard work put in was the same as his, both barely getting any sleep.

Yang Shao Yu had originally wanted to directly go in to find Lin Zi Rui, but he suddenly remembered that he seemed to have not bathed in 2 days, with his clothes all wrinkled up and he was also unsure if there was any odor on his body.

Yang Shao Yu lowered his head to smell and finally decided to go back to take a shower and change his clothes. Shouldn’t he give Lin Zi Rui a good impression of himself?

So Yang Shao Yu went home for a bath, changed into a set of elegant new clothes, took his car keys, and prepared to find Lin Zi Rui at the hospital.

The moment Lin Zi Rui saw Yang Shao Yu, his first reaction was to feel a surprised joy, then he asked, “Didn’t you say that you’ll be back next week? Why did you come back earlier?”

“I missed you so much that I worked hard overtime to finished my work earlier so I can come back quickly.” Yang Shao Yu stared into Lin Zi Rui’s eyes.

“Let’s eat together once you’re off work? Have you eaten?”

Yang Shao Yu waited for Lin Zi Rui in his office while Lin Zi Rui secretly went to call Second Brother Lin. “Second Brother, you don’t need to pick me up today, I’ll go home on my own, you mustn’t come.”

“Why……” Second Brother Lin melancholically looked on as the phone call was cut. Why didn’t he wait till he finished speaking to hang up?

Once Lin Zi Rui got off work, Yang Shao Yu quickly brought Lin Zi Rui out of the hospital. They could finally go on a date.

However, both of them haven’t even managed to get into the car before their date was interrupted.

Second Brother Lin suddenly received Lin Zi Rui’s call. Although he didn’t know what was happening, he was still ill at ease, and wanted to take a look. He didn’t expect to see someone who looks vaguely familiar, and before he could recall who it was, he actually saw that man holding hands with his younger brother, and even held both hands! Then, he saw his brother struggle to free his hands from that ‘lecher’. Before he could breathe a sigh of relief, his brother’s hand was once again taken by that person.

F***, didn’t he (YSY) see that his brother resisted by struggling free? Why did he hold him again? Second Brother Lin was furious. He dared to bully his younger brother?

“Stop right there!” Yang Shao Yu heard an angry roar from a distance, paused, and looked at the direction of the source. As expected, it was the guy that dropped off Lin Zi Rui.

Yang Shao Yu completely did not expect that he (SBL) would be Lin Zi Rui’s second brother, and was rejoicing quietly in his heart. Luckily he didn’t misunderstand Lin Zi Rui.

Second Brother Lin hadn’t expected Yang Shao Yu’s reaction to be so fast. He retracted his fist generously1can be also “showing magnanimity for YSY” for Yang Shao Yu and still felt that that face was a little familiar.

“Second Brother, why are you here?” Lin Zi Rui was also shocked at Second Brother Lin’s punch and asked after taking some time to recover.

Yang Shao Yu watched as Lin Zi Rui went further and further into the distance while standing deserted in the cold winter wind. Could he just have been abandoned?

The date this time round was unsuccessful. Yang Shao Yu was heart broken.

But Lin Zi Rui, who was going home with Second Brother Lin, stared at his empty palm which still felt Yang Shao Yu’s warmth. It was really tepid.

Second Brother Lin looked at the red-faced, shy Lin Zi Rui and felt worried inwardly. Why did he (SBL) feel as if his own son had someone in heart2 just like the saying “feeling as if he was marrying off a daughter”. Means that Brother Lin had a feeling that his younger bro may have fallen in love? 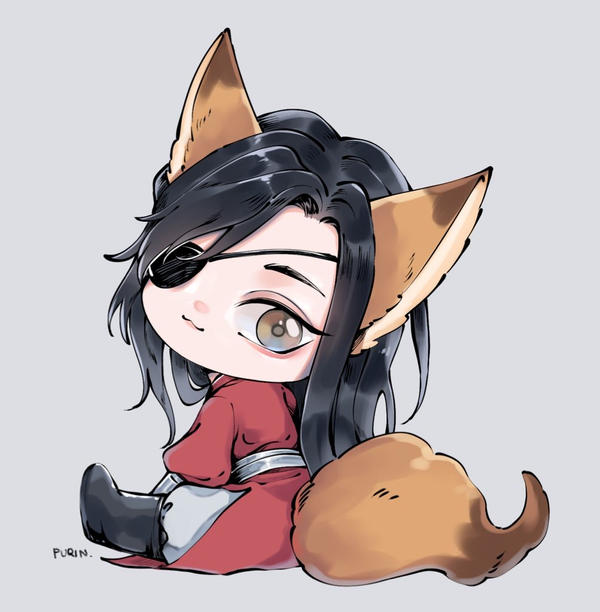