Chapter 57 – My brother is in danger!

Jeanie
65 Chapters
Chapter 1 - I think you are making things difficult for this little white rabbit! Chapter 2 - Naturally... a godly fast shooter. Chapter 3 - Spring has arrived, everything is back to normal and it’s time for… Chapter 4 - I’ll complete my homework. Chapter 5 - One poke and you jump, are you a rabbit? Chapter 6 - Shortie Chapter 7 - Where is my White Rabbit toffee? Chapter 8 - It's a loss for studying too well Chapter 9 - Awoooooo Chapter 10 - Crazily being on the verge of divine retribution Chapter 11 - Wandering on the edge of bullying the master and betraying the ancestor. Chapter 12 - I’ll give you my lesson Chapter 13 - The family is keeping a husky that looks like a wolf Chapter 14 - Little Brother Bai Ruan? Brother Bouncy? Chapter 15 - I'm afraid of my wife. Chapter 16 - I’m really doing it for you… Chapter 17 - Loan Casting! Chapter 18 - A delicate and loveable... gentleman. Chapter 19 - Four Little White Shoes! Chapter 20 - On the surface, a group of literal fox and dog friends. Chapter 21 - His heart was scalding and it was going to melt. Chapter 22 - The scene of a car rollover accident happened. Chapter 23 - Your Red Luan Star is about to be knotted. Chapter 24 - In the next second, being eaten by you. Chapter 25 - Not listening, not listening. The wolf cub is reciting scriptures. Chapter 26 - Happy like Pei Qi the Pig. Chapter 27 - Am I not shedding fur? Chapter 28 - I’ll not agree if there is one less vertical stroke with a hook in the character in our accounts. Chapter 29 - The Chinese cabbage that ended miserably. Chapter 30 - Blow the candles, Teacher Bai. Chapter 31 - Put Teacher on the table. Chapter 32 - A sudden earthquake. Chapter 33 - A 3D printer. Chapter 34 - Back to your original form and you are still wearing shoes? Chapter 35 - Slipping away. Chapter 36 - Animals under the nation's second-level protection. Chapter 37 - Longer than children. Chapter 38 - Wave-particle duality. Chapter 39 - Now every pen of yours is covered with my smell. Chapter 40 - Head hating on the ground. Chapter 41 - Actually I'm so bad, I can't even pretend. Chapter 42 - It’s a girl. Chapter 43 - My disciple-granddaughter has a hard life. Chapter 44 - Don't be afraid, it's just a ghost. Chapter 45 - Pack up and prepare for restoration. Chapter 46 - Are you balding? Chapter 47 - Want to hug Brother Bouncy while watching Peppa the Pig. Chapter 48 - An excellent milk wolf won’t be beaten twice by the same move from a rabbit! Chapter 49 - The pyjamas on his chest area were soaking wet. Chapter 50 - Are there no human rights during the embarrassing period!? Chapter 51 - When can the inside be… Chapter 52 - I have Canine Distemper Virus Chapter 53 - Your birthday present Chapter 54 - I will take you to see the farthest and closest things of the world. Chapter 55 - Say, Am I your boyfriend? Chapter 56 - Call you brother from now on, okay? Chapter 57 - My brother is in danger! Chapter 58 - Tell me, which boy do you like? Chapter 59 - A worrying and silly son! Chapter 60 - The innocent boy Lang Jing Feng. Chapter 61 - Front or Back? Chapter 62 - Seems... to be a shou. Chapter 63 - Just let them beat like this, beat like this all the time— Chapter 64 - Content introduction: Dedicate a whole chapter to describe Bai Ruan Ruan's supper, the author is also very busy… Chapter 65 - The daily life of Bai Ruan Ruan and the three crazy rabbits~

As the hot water flowed all over his body, the thin white cloth stuck to the skin. The looming flesh colour was revealed under the shirt, and the shape of the body was completely outlined.

Bai Ruan’s muscles weren’t large, but his body lines were clean and sharp because of his leaness. Although he was skinny, he still had a masculine aura, which was as eye-catching as Lang Jing Feng, who was muscular and beautiful.

Lang Jing Feng’s eyes were so hot and intense that it felt like a tangible-like pressure fell onto people. He used this gaze to look at the wet Bai Ruan from head to toe. Bai Ruan was so stimulated that he disarmed and surrendered.

“I’m sorry.” Bai Ruan was so embarrassed that he blushed and apologised. His two long rabbit ears drooped down in frustration.

There was a little turbidity floating on the surface of the water, and it wasn’t so clear.

Lang Jing Feng’s heart was even more fiery, he picked up a drooping bunny ear, and said in a hoarse voice, “Little wave, I just took a look and it became this way.”

His voice was low and magnetic, and he wasn’t rude when he said the vulgar and rough words, but made Bai Ruan even more excited and he thought more and more about “this way”.

The clothes soaked in water were thrown out of the bathtub one by one, and finally Bai Ruan was only wearing a shirt and a tie.

Lang Jing Feng took off Bai Ruan’s wet tie and used it as a rope.

So Bai Xiao Ruan was tragically tied up.

“It’s tied.” Lang Jing Feng licked his lips, turned to Bai Ruan, who was lying on his back, and happily watched the round tail appear at his tailbone. “Let’s try this first today. If it doesn’t work, I’ll buy a stopper, Teacher Bai.”

Bai Ruan turned his head to look at him begging for mercy. With bunny ears hanging shyly on his shoulders, he said, “Didn’t you say you wouldn’t call me teacher anymore?”

“Don’t you find it exciting to be called at this time?” Lang Jing Feng was full of wickedness, and he teased Bai Ruan and called out, “Teacher Bai. Is the teacher here? Teacher Bai, Teacher Bai, why aren’t you wearing pants? Teacher…”

Learned something and it just had to be how to copy cicadas! Bai Ruan sat on his knees, stretched out his hand and pulled the two rabbit ears down and buckled them down to his head, to achieve the effect of closing his ears.

While Bai Ruan was kneeling with his back to him and distracted, Lang Jing Feng silently extended his hand to deceive his master and destroy his ancestors.1Idiom explanation: bullying the master and betraying the ancestors. Doing things that go against the teacher’s rules and ancestors’ precepts.

The lights above the bathtub were reflected on the water, moving around like buoys in the waves. The turbid bath water that had been stirred and polluted slapped against the walls of the bathtub, breaking into large and small splashes, some of which fell back into the tub, some sloshed outside.

The shower head was slanted aside.

The previous shower head was broken. This one was replaced by Bai Ruan some time ago. The silver metal was polished so brightly that it reflected the surrounding scene.

Although there was no incense in the bathroom, the air was filled with a smell similar to musk, which was very strong and unusual.

——They heard the sound of fights and the sound of thumping water in the bathroom. Their elder brother was screaming and begging for mercy. After half an hour, he even cried, begging for someone to untie his tie. In the bathtub, he might drown in the next second!

The situation is extremely critical. My brother’s life is in danger!

After a while, Bai Ruan’s weak voice came, not only weak, but also hoarse, “…I really can’t. Please, I’m going to die.”

The bunnies breathed a sigh of relief, “Jiya…”

To die, that was to say, he wasn’t dead yet, and he still had breath.

“Let’s just do this today.” The villain’s voice came out, “Does Teacher Bai like it?”

The bunnies were stunned.

Almost killed someone and asked if they liked it? How shameless was this bad guy?

Brother Bai Ruan was bullied until he became crazy!

The sound of water splashing in the bathroom sounded again.

Due to too much physical exhaustion, and the tie successfully extended the time to an average of six minutes—if it wasn’t for Bai Ruan begging for mercy too well, making Lang Jing Feng soft-hearted, theoretically it should have been extended even more—Bai Ruan was so tired that he turned into a little white rabbit. After saying the word “like”, he turned back into his original form in Lang Jing Feng’s large palm, and laid flat like a rabbit cake.

Lang Jing Feng washed Bai Ruan’s original form with warm water, wrapped it in a bath towel, and gently wiped Bai Ruan until half dry. He then turned on the hair dryer, put Bai Ruan on another dry bath towel, and used the lowest power hot air to dry his fur. He thoughtfully reversely placed the two fluffy ears on Bai Ruan’s head, fearing that the sound of the hair dryer would upset him.

Bai Ruan was so comfortable that when his back was blown dry, he took the initiative to turn over to reveal his wet little belly, and let Lang Jing Feng put the tip of his nose on it to inhale the rabbit’s scent.

The author has something to say:

Bunny: It’s actually this person! Brother Bai Ruan even let him live at home for half a month! He returned kindness with ingratitude, and pressed Brother into the bathtub to bully him!

Bunnies (with a face full of innocence): Then, what was it like?

Bai Ruan Ruan: …Forget it. Just treat it as if it was that way. 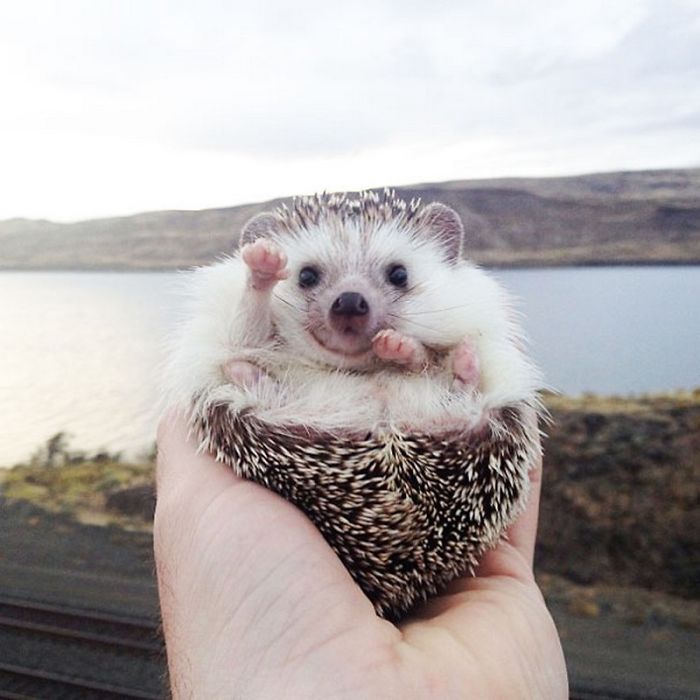 Cute things get me going