Qian Zhu’s voice was rather soft, much like a sigh, and his indulgent tone hid his pain and reluctance.

Yes ah, such a cute baby. Who could possibly abandon him without a word?

Qian Zhu rubbed Su Tang’s head and the other nuzzled his palm just like a little milk puppy would. Their interactions were full of dependency and intimacy, yet Su Tang didn’t feel the urge to speak. He wished only to stay silently by Qian Zhu’s side and didn’t want to go anywhere else.

He tightly hugged Qian Zhu and the other hugged him back, the two people closely embracing one another, and under the falling petals, an indescribable emotion emerged.

The feeling gave the both of them a sense of warmth, kindling a fire in Qian Zhu’s chest. This ‘fire’ was hot, but it didn’t hurt; everything was silent, save for the crackling of the flame.

The corners of Qian Zhu’s mouth started to rise as if something was on his mind. He glanced at the sky and noticed that the shining stars had already gone into hiding. The moon‘s once-brilliant luster had faded, looking as if it’d been soaked in water. As day broke, the contents of the night sky seemed to gradually dissipate; it was the hour between dusk and dawn, with mist and clouds being the only thing visible in the sky for miles.

As the sun sets the moon rises; the wind blows and the rain falls; the snow descends, coating branches with frost1I think this is some sort of poem. I can’t locate the original one though. @.@. No matter what time it was, the clouds remained in the sky. Maybe their appearance had changed, or maybe they’d thinned, but the clouds never left the sky. It was almost as if they had something they wished to protect, or they were attached to something.

While he was still thinking, Su Tang suddenly turned around to get down, however his hand was caught on a corner of Qian Zhu’s clothes. Qian Zhu slanted his body to the side and stretched out his arm to accommodate Su Tang’s head. Su Tang slipped into Qian Zhu’s embrace without the slightest hesitation as they interlaced their fingers together. No one knew who made the first move, their hands each gently massaging the other.

It was still cold and Su Tang’s clothes were thin. Worried that Su Tang would freeze, Qian Zhu wanted to get up. Be that as it may, in this calm and peaceful atmosphere, he thought for a while and decided against the idea. With a wave of his finger, he erected a nearly transparent barrier around them.

Su Tang shook his head but continued to snuggle into Qian Zhu’s body like a little rabbit.

“You’re not cold yet you’re still sticking so close?” Qian Zhu smiled. Su Tang ignored him, which caused them to sink into an uncomfortable silence. Qian Zhu panicked and rushed to carry Su Tang. He saw that the rims of Su Tang’s eyes were red; it was obvious he’d just cried. He sighed and hugged him tighter.

“Do you know what’s on my mind?” Qian Zhu asked.

“Me.” Su Tang was quiet for a good few seconds before saying this.

“Ai, my little baby is so smart.” Qian Zhu seemed to be extremely happy, his eyes filled with smiles. On the other hand, Su Tang was still sad, aware that they’d be separated.

Would Qian Zhu come back to bid him farewell and then return without looking back again, just like he had before?

Qian Zhu knew exactly what Su Tang was thinking. With his heart stung by guilt, he said, “Baby, don’t be sad., I won’t leave you anymore.”

Su Tang remained silent. It was as if he hadn’t heard a thing.

“I’m not lying, I can’t bear to leave you.” Qian Zhu took Su Tang’s hand into his and softly kissed it. Though Su Tang tried to wriggle out of his grasp, Qian Zhu kept a firm grip on the red string tied around Su Tang’s wrist.

“From the moment you said you liked me, I became unwilling to leave. It’s just that it’s the Heavenly Emperor’s order, so I have to go. If only… I could bring you with me.”

The human realm was devoid of the immortal aura found in the celestial world. If Su Tang left the mountain, he’d be like a tree without water. It wouldn’t be long before he turned into mortal dust and disappeared from the heavens and the earth, never again to re-enter the cycle of reincarnation. Qian Zhu knew this full well, but seeing Su Tang sleeping on him as they rested on the swing, refusing to let go, it was enough to change his mind.

Later, he carried Su Tang to the bed, pondering long and hard over the matter while Su Tang slept soundly. However, he was aware that Su Tang wasn’t sleeping at all.

If he really was sleeping, the bed wouldn’t be so neat; he would’ve long since rolled around and kicked the blanket to the floor.

At daybreak, Qian Zhu went somewhere. It was a place he neither frequented nor liked, and yet as much as he detested it, he had no choice but to go there.

“No matter what happens within these 10 years, you cannot return to the Immortal Realm and you don’t need to interact with the other immortals there. From then on, you will share your spiritual power with that child. There is great disparity between the both of you—you have an abundance of corrupted spiritual power, while that child’s spiritual power is pure like snow. If you meet someone with high cultivation, they’ll find that something is off about the two of you.”

“The Heavenly Emperor has been in constant fear of you. He’s afraid that you might go on a rampage like the previous daren2大人 dà rén = Lord // I believe the author is talking about the previous shaxin, which refers to the ‘bringer of calamity’. He also doesn’t like it when you interact too much with the other immortals here, so going to the human realm this time is for the better. When you come back a decade from now, the Heavenly Emperor should be less worried.”

“Go on, be careful on your way.” The person turned away. Qian Zhu nodded his head as he collected the elixirs3A type of medicine, it’s usually sweet. given to him before leaving without looking back.

He soon returned to Yu Qing Palace and saw Su Tang crouching pitifully on the ground and picking up petals. The sight of his little figure was something he’d never forget for the rest of his life. He liked his little baby so much, but there was a time when the other didn’t kick a fuss and instead only quietly squatted on the floor.

“When I saw you then, I was filled with shame. I regret not having thought of this plan earlier; I made you suffer so much.” After Qian Zhu recounted the whole process to Su Tang, the other finally unfurrowed his brows.

Although Su Tang’s heart still had some bitterness, it wasn’t with regards to Qian Zhu. Instead…

“Who gave you the medicine ah?” He asked.

“An old friend.” Qian Zhu seemed as if he didn’t want to talk about it. This merely made Su Tang grow suspicious. He knew that Qian Zhu had only ever liked him and him alone, but he couldn’t resist overthinking. Furthermore, the hole in his brain was so big that he was able to come up with several hypotheses in such a short amount of time.

Qian Zhu looked at Su Tang, who was deep in speculation, and he couldn’t help smiling. But when he tried persuading Su Tang to down the medicine, the other remained obstinate in his refusal.

“Tell me who he is or else I won’t eat it.” Su Tang said, a little saddened.

“It’s just an old friend who owed me a favor. They gave me the medicine.” Qian Zhu explained to Su Tang who still looked worried.

Though Qian Zhu was still an infant at the time, his identity was peculiar. Intellectually, he was not like other infants his age; in fact, it could be said that his intellect was that of a mature adult’s.

Qian Zhu didn’t expose the alchemist at that time, thinking it rather boring to do so. It was just that the immortal’s heart was filled with guilt and they felt like they had to make amends.

“So are you still worried?” Qian Zhu asked with a smile on his face.

“Not worried, just very angry.” Su Tang puffed out his cheeks, rage boiling up inside of him. When it finally exploded, he snapped, “Why didn’t you say anything back then? You picked up a big burden for no reason.”

“Does your heart ache for me?” Qian Zhu asked again.

“You’re so annoying!” Su Tang used his little foot to kick Qian Zhu, though his efforts were futile. Qian Zhu used his legs to trap the little foot before continuing to question him.

“Maybe I felt bad at first, but now I don’t feel anything!” Su Tang stared at him, and Qian Zhu immediately let his little foot go, coaxing, “Okay, okay, don’t be angry anymore. I just wanted to hear you say it because no one has ever said it to me before. It wasn’t meant to make you unhappy. Forgive me, okay baby?”

Su Tang’s heart softened, recalling how Qian Zhu was alone his whole life; no one cared for him, no one dared to get close to him, and he didn’t even have anyone to talk to. Also, before meeting Su Tang, he’d never experienced affection.

“Baddie, why didn’t you tell me earlier?” Su Tang grumbled. He raised his head, a little upset as he said that to Qian Zhu, and then nipped the other’s lower jaw.

“Of course my heart will ache for you. I’ve only ever liked you…” Su Tang crawled onto Qian Zhu, his face glowing crimson. Qian Zhu carefully lowered his head to kiss Su Tang’s lips.

Qian Zhu smiled and stared at Su Tang, an indescribable emotion hidden behind his pupils. Su Tang’s heartbeat accelerated, and when he finally couldn’t take it anymore, he closed his eyes.

“Shy?” Qian Zhu flipped over and pressed Su Tang beneath himself. This time he no longer had a mere taste and actually gave him a hot kiss.

It was Su Tang’s first time experiencing these kinds of emotions, thus his body was scorching hot and his breath seemed to have been stolen away by Qian Zhu, who’d left a comfortable, almost dreamy sensation behind. He turned away to catch his breath and said in a soft voice, “I… I need to eat the medicine.”

“Okay.” Qian Zhu placed the pill in Su Tang’s mouth and used his fingers to stroke the other’s lips, leaving a wet trail. Su Tang’s lips were red and moist, like a cherry covered in dew. The fragrance they emitted was intoxicating.

He lowered his head. Their lips met and their teeth knocked together. His tone vague, Qian Zhu said, “Let brother feed you.”

dreamy here!! thank you for reading! my school is starting again so next week’s update might be delayed! sorry about that >.< btw i’m currently looking for a proofreader for the new novel i’ve picked up, if you’re interested and can commit, please dm me on disocrd~

p.s if you see any mistakes, please remember to @𝓭𝓻𝓮𝓪𝓶𝔂𝓻𝓸𝓼𝓮#3049 in the discord channel in the typos and errors channel! you can dm me any mistakes too if you’re shy (❁´◡`❁) 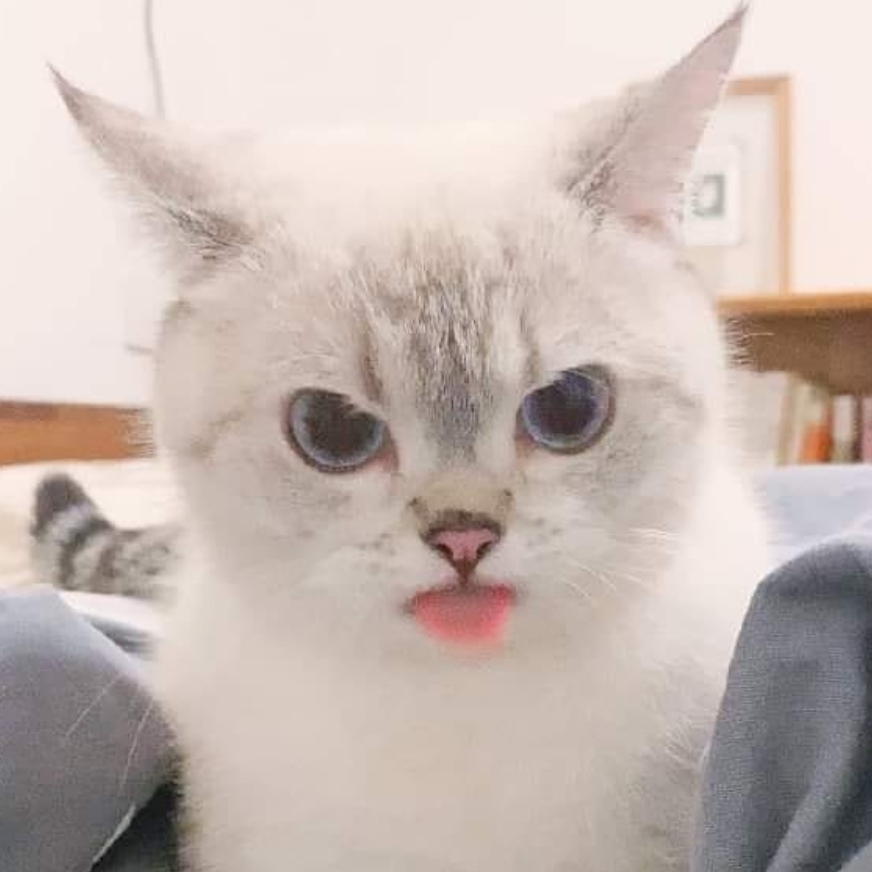 buy me a ko-fi? (/ω＼*) i'll try to release bonus chapters whenever i can!