Skip to content
Prev
Next
Is the Guide Reborn?

Is the Guide Reborn? 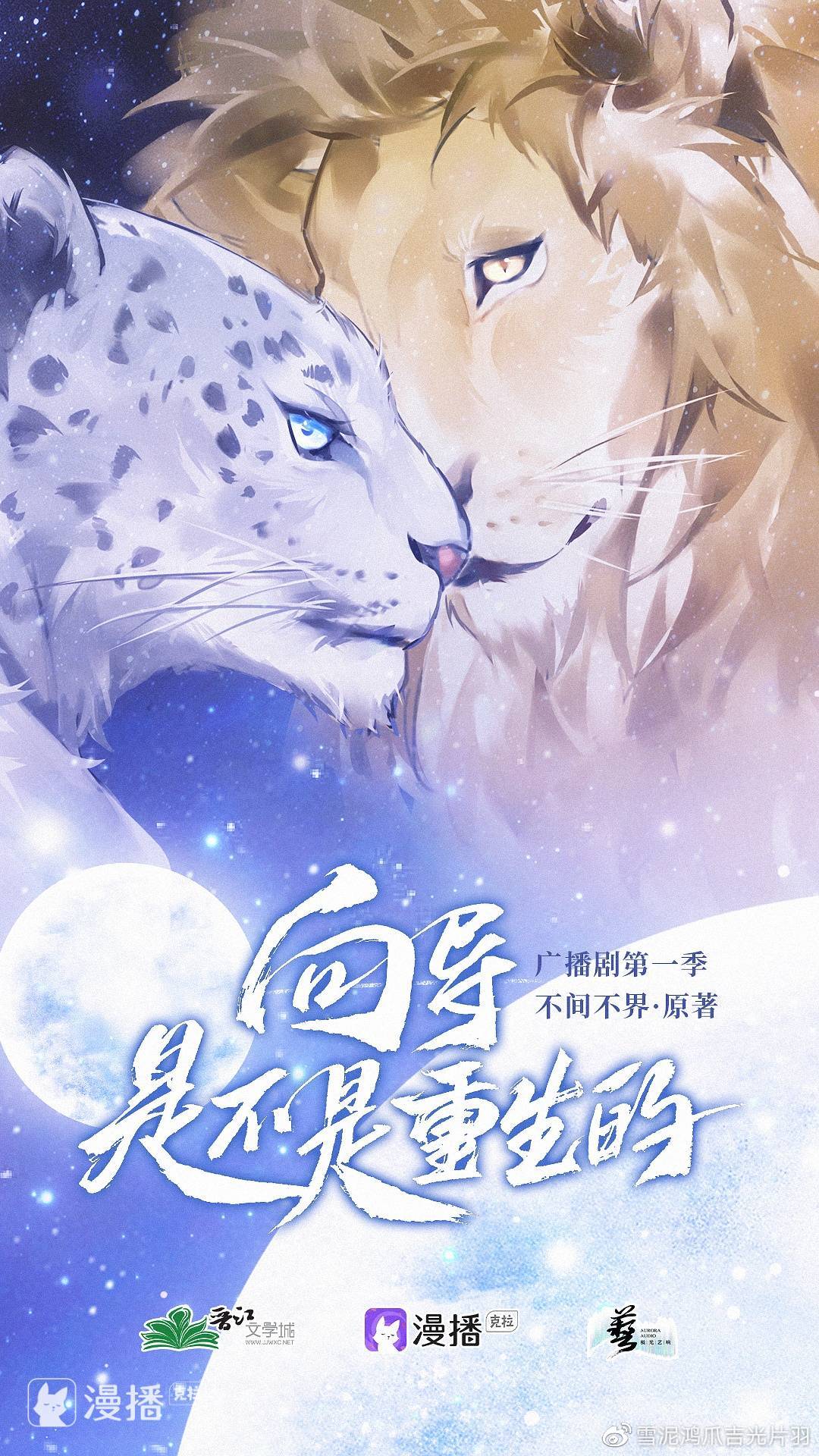 Lian Yu, who always kept a soft smile, looked at the three-digit number and slightly narrowed his gray-green eyes, then said, “No, that’s not what I meant…what I meant was, don’t bother, I can participate in this game by myself.”

This seems to be the first time the dean heard such a request, he shook his head, “That won’t do. The maze game cannot be completed by one person alone. You need to cooperate with a Guide.”

At this moment, the digits in the hundreds on the screen had gone to two digits, and the first number quickly went from 9 to 8 almost in the blink of an eye. Then followed by 7……The lion progressively went from pacing back and forth angrily, to crouching gloomy, like a predator hidden deep in the grass. A predator, giving out depressing vibes that always intimidates others.

Lian Yu’s expression was relaxed and at ease, and his smile never disappeared, but this smile seems especially eerie when compared next to his spiritual body.

“Is that so……but I have a narrow spiritual domain, and no Guide in the White Tower is compatible with me.” Lian Yu said bitterly, “Unfortunately, I have to abstain.”

Hearing these words, Cen Zhen suddenly had a strong sense of foreboding and was basically sure about what would happen next. There were whispers among the crowd who were paying attention to the game, some were surprised, and some scolded the Sentinel for acting cool, wanting to use the words like “destined” and “one-of-a-kind compatibility” to deceive a naive Guide. Soon, under the gesture of the dean, they became quiet again.

“None?” The administrative dean looked at Lian Yu very strangely. It was this rhetorical question that made Lian Yu, who had always been smiling, show a different expression. He stood up straight and glanced at the screen behind him.

The tens digit also became zero, and the beating of the ones digit slowed down in due course.

“But my system tells me…” The dean turned his head, and followed Lian Yu’s gaze to the number that was firmly fixed in the center of the blue screen, “You have one Guide with a qualified compatibility, so coincidence, there’s one and one only.”

The huge 0001 was reflected in everyone’s eyes.

In an instant, the audience was in an uproar. No matter how quiet a Sentinel’s personality was, they couldn’t help screaming at this dramatic scene. The Guides even clamored to see the message of 0001, wondering who it might be. The person who previously scolded Lian Yu for pretending to deceive a guide felt a fictitious slap in the face, he smiled awkwardly under the teasing of his friend, shut up, and kept silent.

“……” Lian Yu’s eyes widened, and he looked at the number 1 in disbelief. This was definitely his true emotion at this moment, because the majestic lion at his feet was also astonished in the same way; its golden eyes opened round and wide.

“This, this can’t be… who is it?” The disguise of smiling and calm was completely broken, and Lian Yu showed his truest side. He took a step forward impatiently, and almost violently grabbed the dean’s collar to ask: “Who is this person!!”

Cen Zhen had the urge to lower his head and leave immediately. He came here today because he wanted to observe the two male leads of the novel secretly so he could plan his future actions. He did not plan to go on the stage and become the main character of the party. However, before he could make a decision, a faint blue projection suddenly lit up on top of Cen Zhen’s head, and two huge characters appeared: Cen Zhen.

At the same time, his profile also appeared on the screen behind the host: Cen Zhen, a Guide male, a White Tower student in Grade 3, Class 12.

What kind of shameful play is this?

Immediately afterward, a connecting line appeared between his and Lian Yu’s names. In the middle of the line was a vulgar love heart, with a row of small characters on top of it: the compatibility was 60.19%

Although everyone’s attention is now on him, Cen Zhen still showed a lack of expression. He was sure that this was not a plot that appeared in the novel. However, it is quite reasonable considering ‘Cen Zhen’ was just a side character in the novel, so his character setting wouldn’t be so detailed. ‘Cen Zhen’ himself is also devoted to pursuing all kinds of powerful Sentinels who have more than 80% compatibility with him. For Lian Yu, ‘Cen Zhen’ is his only Guide, but for ‘Cen Zhen’, he is probably just inconspicuous trouble.

So even if he didn’t pick a number at all, he still needs to participate in this match with the two male leads? Can this alternatively be regarded as the plot correcting itself to match the novel? Cen Zhen walked slowly onto the stage in silence, the dean gave him a gratifying smile that didn’t fit his persona. Not sure what kind of strange data is stored in his system.

Up until Cen Zhen stood still, Lian Yu remained turning his back to everyone and stared at the short lines of words on the screen, as if he suddenly couldn’t understand anything.

After Cen Zhen approached, his eyes were firmly glued to Cen Zhen’s face. The lion watched Cen Zhen vigilantly and warily, with a whining sound rolling in his throat, but he did not approach Cen Zhen rashly and stayed hostile. There is also imperceptible cautiousness in its eyes.

Cen Zhen casually glanced at the lion. In an instant, the lion jumped up as if its tail got caught on fire and disappeared into Lian Yu’s spiritual realm. Cen Zhen couldn’t help curling his lips seeing how the lion seemed so strong from the outside but is actually timid. Then raised his eyes to meet Lian Yu’s gloomy gray-green eyes.

“If the two of you have no objections, you can go to the No. 10 preparation area to get to know each other. In ten minutes, the staff will guide you into the competition venue.”

Before the dean’s sentence ended, Lian Yu was eager to grab Cen Zhen’s sleeve and walk towards the preparation area. Cen Zhen got pulled forward two steps and shook off Lian Yu’s hand with slight disgust.

Lian Yu also realized that his behavior was inappropriate. After closing the door of Room 10, he immediately apologized to Cen Zhen, but then raised his right wrist and asked, “May I?”

In fact, Cen Zhen hates these customary movements between Sentinels and Guides, just like those weird abbreviations within the Earth’s fan community, such as zqsg, yysyqs; which confuses people so much. Cen Zhen, who was new to this world, was troubled by this for a long time, and it still took him a while to understand and react even till today. Fortunately, Lian Yu’s intention with this action was obvious, so he nodded and also raised his right hand.

The two put the terminals on their wrists on each other’s neck guard, which is the position closest to the gland. Three seconds later, with two beeps, a line of words appeared on their terminals at the same time: Your compatibility with the other party is 60.23%

It rose instead of falling.

“Why?” There was no sign of joy to be found on Lian Yu’s face, his tone was inexplicably aggressive, even vicious, “Why, who are you?”

Cen Zhen felt that he had encountered a neurotic. The original “Cen Zhen ” was timid and scared of troubles, so perhaps in the original timeline of the novel, he got scared away when he first met this Sentinel.

“How could there be a Guide who is compatible with me!” Lian Yu grabbed Cen Zhen’s collar, gritted his teeth and pressed himself against Cen Zhen, and interrogated word by word: “Who The Hell Are You?!”

Cen Zhen grabbed Lian Yu’s purlicue with his backhand and stabbed Lian Yu fiercely with his spiritual feeler while kicking his knees. Although Lian Yu easily dodged all his physical attacks, his mentality was inevitably pierced by Cen Zhen.

With a muffled snort, he let go of his restraining hands.

“Are you crazy?” Cen Zhen straightened his collar and was about to ring the warning bell at the door. He had the thought of going with the flow of events and uses this character that did not appear in the novel to rejoin the competition written in the first chapter just now. He sees it as an opportunity to get a closer look at the male protagonists. Now however, this Sentinel doesn’t seem to be a suitable candidate. Since he is not that interested in participating in competitions with the male leads, it will be even better if they can stay as far away as possible from him in the future during school and life.

Lian Yu was stunned for a moment due to Cen Zhen’s cold tone, and then he couldn’t help but laugh wildly, vividly demonstrating how a psychopath will act. It was like he was doing everything to reveal the insanity in him that ordinary people can’t understand.

“Yes, yes, I’m crazy, hahahaha, I’m literally crazy.” Lian Yu’s eyes widened, his gray-green eyeballs seemed to be covered in unpredictable mists. He hovered over Cen Zhen, and shouted: “What about you, where have you been? Why didn’t you show up before? For so many years, for decades, I was alone! I was alone in boundless darkness with nothing there! For so long, where have you been?!!”

I was on Earth.

Cen Zhen didn’t want to deal with this Sentinel who could fall into mania at any moment for another second. While Lian Yu was still immersed in his world, talking nonsense with chaotic logic, unable to communicate at all, Cen Zhen reached for the warning bell. Yet, he was quickly held back by Lian Yu’s hands.

Cen Zhen roughly understood that Lian Yu didn’t use much force when he grabbed his collar earlier, otherwise, given the fact that he is now pinned down by him with only one hand, he would never have had any chance to resist.

However, when a Guide attacks a Sentinel, it is never through physical combat. Cen Zhen’s face became more and more cold, ready to teach this pervert an unforgettable lesson.

Lian Yu seemed to be aware of Cen Zhen’s aggressiveness, he pressed Cen Zhen against the wall to prevent him from ringing the warning bell and instantly changed his expression. He once again brimmed with the harmless smile he had on before, and said: “Hi, my name is Lian Yu, a seventh-grade student in the Tower, nice to meet you.”

Before Cen Zhen could react, Lian Yu continued to smile and said, “Cen Zhen, as you can see, you are the only Guide in the entire White Tower who meets the compatibility standard with me, that’s why I got a little too excited and a little emotional just now. Don’t pay too much attention to it, and please don’t take it to heart.”

“A little……?” Cen Zhen felt as if he was nailed to the wall right now, and just realized that he and the Sentinel in front of him are the opposite sex, so he has all the right to sue him for sexual harassment.

The Sentinel’s face was thicker than the city wall, he nodded, “Yes, just a tiny little bit”