After visiting the cultural museum, the big bus sent all the teachers and students back to the school.

Since Mo Lingqiu didn’t have any business in the afternoon, he went home first.

After his basketball training ended, Jiang Chenming went to the supermarket to buy two fresh tomatoes and he carried them back home.

Mo Lingqiu was writing something in the study room. Jiang Chenming peeked in when he walked past the door, but he didn’t enter and disturb him. Instead, he went into the kitchen to dunk the tomatoes in water.

At 5 in the evening, Jiang Chenming returned to the kitchen and started cooking the stir-fried eggs and tomato noodles.

Mo Lingqiu was diligently working to organize information in the study room, so he was shocked when the phone next to his hand vibrated.

He picked up his phone and saw the messages Fan Nian had sent.

Mo Lingqiu went to reply, but hesitated. He thought about Jiang Chenming, who, for some reason, was still in the house. He didn’t want Fan Nian to know about this. Just when he was planning to reject him, Fan Nian sent another message.

My aim is 300 million: I’m already standing in front of your house [Little Bunny knocks on the door]

The sound of the doorbell echoed in the study room. Mo Lingqiu helplessly put down his phone and went to open the door.

Fan Nian had even brought gifts: some fresh strawberries and a box of milk. “See how good I am to you? I even bought you milk,” he said.

Mo Lingqiu thanked him and accepted the gifts before letting him enter the house.

Fan Nian immediately realized something was wrong when he stepped through the door. There was an unfamiliar alpha’s scent. “Why is an alpha’s scent in your house? Don’t tell me you brought someone home to do that?”

Mo Lingqiu scowled and ignored him.

Jiang Chenming heard some noise coming from outside the kitchen. He looked out and quickly greeted, “Dr. Fan. Hi.”

Fan Nian was shocked. “Jiang Chenming? Why are you here?”

“I’m staying at Teacher Mo’s place for a while.” Jiang Chenming glanced at Mo Lingqiu, who was quiet, and wisely explained, “It’s a bit inconvenient for me to live in the dorm.”

Fan Nian wasn’t dumb to the point of asking him about the inconvenience. Since Jiang Chenming had already given a reason like that, he couldn’t really continue to question him. “Oh, it’s like that. You just startled me.”

Mo Lingqiu placed the box of milk into the cabinet and carried the bag of strawberries towards Mo Lingqiu. “He’s here to eat.”

“Okay,” Jiang Chenming replied. Then he turned to Fan Nian, further explaining, “I wanted to thank Teacher Mo for helping me, so I decided to cook. Just in time for you to join us.”

“The computer is off right now. Switch it on yourself if you wanna use it. I’ll go and wash the strawberries.” Mo Lingqiu was too familiar with Fan Nian; he would definitely switch on the computer to play video games while he was there.

Mo Lingqiu walked to the basin and poured out the strawberries from the bag. He sprinkled salt on them and filled the bowl with water.

Jiang Chenming stirred the tomatoes and eggs in the pot and asked, “Teacher, have you known Dr. Fan for a long time?”

“About six or seven years.” The amount of time was so long that Mo Lingqiu couldn’t give a specific duration.

“Then that’s quite long.” Jiang Chenming nodded as if he was thinking about something. That explained why Fan Nian was so familiar with Mo Lingqiu’s house.

Noodles didn’t require a long cooking time in the first place. They were done after being stirred in hot water a few times. Jiang Chenming carried three big bowls of noodles out of the kitchen and placed them on the living room table.

Fan Nian was acting suspiciously in the room and was scared by Mo Lingqiu. He foolishly smiled and then quickly walked out.

Mo Lingqiu looked at him weirdly. “You weren’t playing games?”

“I couldn’t switch on the computer in that short span of time. You guys are too fast.”

Of course Mo Lingqiu didn’t believe him, considering his suspicious moves earlier. Fan Nian was probably curious. “He’s only staying for a short while.”

Mo Lingqiu didn’t  sense any problems with his explanation. Jiang Chenming was just staying for a short while. Otherwise, how would he help Mo Lingqiu stabilize his heat period? How else would they cure each other’s repulsion towards other pheromones?

Fan Nian couldn’t sense anything weird in Mo Lingqiu’s expression and felt disheartened. He sat at the table and saw the tomato and egg noodles. His empty stomach growled.

“Then, please have a taste Dr. Fan,” Jiang Chenming said, passing a pair of chopsticks first to Mo Lingqiu and then to Fan Nian.

Compared to Fan Nian, who was talkative, Mo Lingqiu was really quiet while eating. He used the chopsticks to stir the noodles in the bowl and to flip the hidden eggs underneath. He picked up a piece of egg and placed it into his mouth. The addition of tomatoes gave it a sweet and sour flavour, making the food even more delicious.

Fan Nian stirred his own noodles. From the surface, it seemed like there were a lot of eggs, but there were actually only noodles underneath.

Sure enough, the eggs have their own bias.

“Who did you have an appointment with?” Mo Lingqiu asked. He still remembered that Fan Nian had come to his house because someone had stood him up.

“It was a blind date.” Fan Nian rolled his eyes. “My mum is urging me to find a partner. She said that I’m almost 30 years old and that if I don’t get into a relationship, then I’m going to stay single forever. Then she asked her sisters to find an alpha for me, so that’s why I had the blind date.”

Mo Lingqiu’s fingers that held onto the chopsticks froze. He was confused. “He stood you up even though it was a blind date?”

“Yeah. I thought I’d just meet him, since I was asked to, and I’d just tell my mum that I didn’t like him if it really didn’t work out, but he just directly stood me up.” Fan Nian was really speechless. It was the first time he had gone on a blind date. He really hadn’t wanted to go, and someone actually stood him up. He was angry just thinking about it.

Mo Lingqiu picked up a pickled carrot and placed it in his bowl.

“Then don’t meet him anymore,” he suggested while chewing.

Jiang Chenming didn’t disturb them and went to wash the strawberries in the kitchen after finishing his meal.

Fan Nian took advantage of Jiang Chenming’s absence and pushed Mo Lingqiu. “Lingqiu, what’s going on between the two of you?”

“He’s staying for a little while.” Mo Lingqiu didn’t reveal the reason.

Fan Nian was bored. Tsk. He felt like he couldn’t ask further. Just when he was going to back down, through the wide open collar, he saw a weird red patch on the left side of Mo Lingqiu’s nape.

The left side of the nape was a really intimate part for omegas. That was where the gland was!

Fan Nian slammed the table and leaned forward to pull down Mo Lingqiu’s collar. He looked at the red patches around his gland. There were obvious bite marks.

“Mo Lingqiu! Tell me honestly!” Fan Nian panicked. Mo Lingqiu was not the kind of person that would just let alphas bite his gland. What if he was bullied by an irresponsible alpha? And there was an alpha in the house!

Mo Lingqiu pulled back his collar into place and lied, “We plan to date, now in a relationship.”

Fan Nian fell back into his seat. “You just scared the hell out of me. I thought that son of a bitch didn’t want his life anymore. If you’re dating, then it’s okay… Wait! Didn’t you say that you didn’t like him when I shipped the two of you together last time?”

“…I decided he’s fine after all.” Mo Lingqiu couldn’t keep making up excuses.

The ‘son of a bitch’ Jiang Chenming was standing at the kitchen’s door, holding a bowl of strawberries. He had clearly heard their conversation. 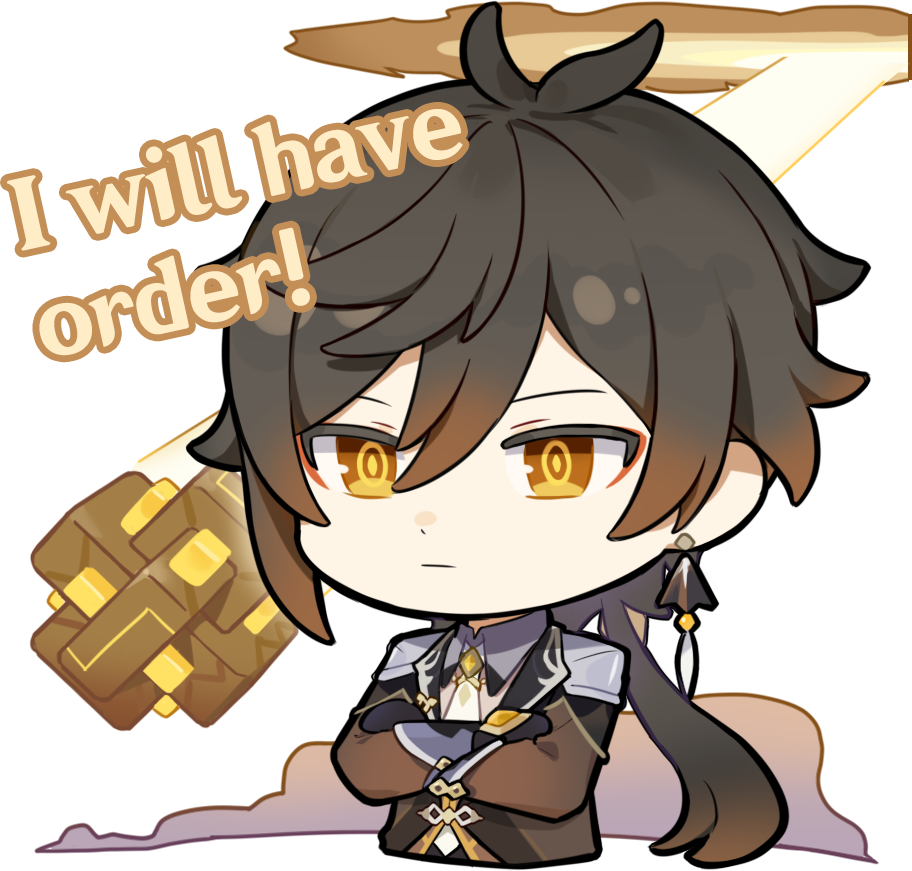