Ye Ji’an had a bad feeling in his heart.

Wasn’t there a saying that the flames of anger would burn particularly viciously when ex-lovers met?

All the information Ye Ji’an had gained in the past as well as everything he was seeing and hearing now confirmed his conjecture: that this blond guy in front of them, Roman, was that troublesome ex of Liang Xiao’s.

The man in question was still smoking and staring at Liang Xiao. He opened his mouth to speak and the voice that came out was surprisingly hoarse.

With a slow cadence, Roman spoke a few lines of Russian. Though Ye Ji’an had heard a significant amount of Russian in the past few days, his understanding of the language was still low—“good day”, ”thank you” and “how much is this” were more or less his entire vocabulary. There was no way he could understand what Roman was saying.

Liang Xiao placed his hands in his pockets and stubbornly continued in English. He even chuckled. “How much do you hate me? Is waking me up every night like clockwork still not enough for you?”

Roman kicked at the snow on the ground and replied in Russian.

Liang Xiao responded, “I also know that you’ve been following me these past few days. You must find it unfortunate that it was my colleague and not me who was singled out, right?”

Roman’s expression instantly darkened and he squatted down without making a sound.

Ye Ji’an’s temple twitched. He had just pressed the emergency contact button to alert the police and swiped on his phone a few times.

If his memory served him right, his phone should have started a new video recording.

Though Ye Ji’an dared not act rashly and could only record their voices, it was still better than nothing—collecting more evidence would be beneficial to them if things escalated.

On the other hand, Liang Xiao didn’t seem to be afraid at all. Taking a few steps forward, he stopped in front of Roman. His current position was right beside the guys who had bullied Old Chen.

“It’s been a year since you got out of prison, right? I thought I’d never have to see you again.”

This sentence was finally in English. Surprisingly, it did not hold even a trace of Slavic accent. Ye Ji’an finally understood what Roman was saying.

He suspected that Liang Xiao had stubbornly refused to speak Russian in order to make Roman speak English—just so that Ye Ji’an could understand their conversation.

Ye Ji’an felt a strange warmth in his heart and counted the seconds. In the city he lived in, it took at most ten minutes for police to arrive at the scene, though they usually arrived in five. Unfortunately, he wasn’t very sure about how it was over here.

Liang Xiao said coldly, “Yes, you’ve found me. What are you planning to do now?”

Roman tried to hug him. “Let’s go back to New York.”

Roman’s arms froze in midair. Illuminated by the cold light coming from outside the alley, they seemed especially lonely.

“I’ve already got my hands on a new permanent residence permit. I’ll just change my identity. There won’t be any problems.”

Liang Xiao said indifferently, “Then you can go back by yourself.”

Roman didn’t make any sounds or any movements. He simply stared at Liang Xiao, panting.

Every cell of his body seemed to be screaming in grief and anger. Under the dim reflection of the moonlight on snow, it brought a sense of fragile yet mesmerising beauty.

“I want to say…” Roman paused and changed the next sentence from English to Russian. Nevertheless, Ye Ji’an managed to pick up a few keywords.

As for how he could understand it, it was because he had specifically looked it up before.

Those words had the underlying meaning of “I love you”.

Liang Xiao didn’t waver and was silent for a while. “This matter is between me and you,” he said, “Let my colleague go.”

Roman threw the cigarette butt away. The glowing cigarette quickly disappeared into the snow. “Then we’ll have a chat?”

Liang Xiao did not deny it.

Roman made a gesture, and all the arms holding Old Chen up were immediately retracted. Old Chen stumbled to the ground and was supported up by Liang Xiao.

“Apologize to him!” Liang Xiao’s voice was neither loud nor soft, but his chin was raised, seeming as if he was looking down at the other party.

The gangsters took a look at Roman’s expression. Only then did they stand in a row and bow, saying some words that Ye Ji’an could not understand.

Ye Ji’an had already quietly placed his phone on the ground. Its body was buried in the snow with the camera facing Roman. The conversation just now was recorded.

Ye Ji’an only hoped that the phone could last for a while—that it would not automatically shut down too quickly at the low temperature, and that it would not be accidentally crushed under someone’s feet.

“I’ll carry him back to the main street. We’ll be safe in three minutes at most,” Ye Ji’an said quickly. “Hurry up and find us when you think the time is right.”

To be on the safe side, Ye Ji’an used Chinese—and not just any Chinese. He’d spoken with the Nanjing dialect. Fortunately, he liked to teach Liang Xiao dialect during their lunch breaks.

The young man would quickly and seriously learn everything he taught. Ye Ji’an’s words would be properly conveyed.

Liang Xiao handed Old Chen to him and acknowledged his words.

“Don’t follow him elsewhere,” Ye Ji’an steadied Old Chen on his back, “And don’t get cocky.”

Roman observed from the side and coughed twice.

“Don’t worry, Senior. He’s just stirring up trouble,” Liang Xiao’s Nanjing dialect was not very standard. He also let out a warm smile; it was so warm that even his customary cunning look was gone.

Though Ye Ji’an had been jogging for a long time, it was still a struggle for him to sprint in the snow while carrying a stocky man weighing two hundred pounds on his back.

The moment he reached the fork in the road, he saw their team’s panicked little translator. Two security guards from the bar were standing behind.

Handing Old Chen over in a hurry, he called for the two to follow him to check on the situation back there. Though the translator’s speech was a little slurred from all the drinking, her words remained articulate and clear.

However, the two security guards were indifferent. Shrugging their shoulders, they said something. The beam from their flashlights shook along with their shoulders.

“They won’t butt into Roman’s business,” the translator explained.

Ye Ji’an was at the brink of his rationality. That wild, crazy boy was the local tyrant?

Three minutes had long passed. Even if Liang Xiao was as slow as the lizard he raised, Ye Ji’an should still be able to catch a glimpse of Liang Xiao around. However, he was nowhere in sight.

Earlier on, his mind had been full of Liang Xiao and that smile. There was nobody here that he could count on. That memory of Liang Xiao’s smile ran rampant in Ye Ji’an’s mind as if it wanted to occupy all his thoughts.

The translator yelled behind him. Ye Ji’an did not have the time or energy to care; He immediately ran back along the road he’d come from.

The socks in his leather dress shoes and the shirt underneath his outer coat were already soaked through. The cold air entering his lungs felt like pinpricks. His teeth began to chatter.

No, what Ye Ji’an felt was pure, unadulterated fear.

It was different from the anxiety and worry that his mortgage brought him. Ye Ji’an was just afraid. This fear was more reminiscent of the fear he felt in his youth, at the thought of his gardenia being uprooted from its pot by his brother’s cat.

Unexpectedly, as Ye Ji’an approached that small alley, he heard a cacophony of loud noises. It sounded like a group fight was occurring.

Ye Ji’an also once had his chuunibyou 1Japanese word meaning “eighth-grader disorder”, used to describe early teens who have grandiose delusions, who desperately want to stand out, and who have convinced themselves that they have hidden knowledge or secret powers. Later adapted to Chinese, 中二病 phase, back before he entered the workforce and becoming a lowly office worker. Lonely and unhappy, angry and aggrieved, he used to respect only strength.

Needless to say, he also lashed out a lot. Not only did he stir up trouble at bars, but he also once started a large brawl over a ball game that went badly. Back then, he’d often pick fights with high schoolers and occasionally even university students.

Having lived such an “upright” life, Ye Ji’an naturally had no problems with identifying the sounds coming from several dozens of metres away as those of a fight.

Sure enough, the group of thugs had moved towards the dark belly of the alley. In the distance, Ye Ji’an saw a group of figures in the dark.

A man with exposed arms was lying on the snow—probably Roman. Another man was keeping him pinned to the ground—Liang Xiao.

The two of them were scuffled together, though it was mainly Liang Xiao doing the hitting. Punches rained down on Roman’s face.

Liang Xiao, on the other hand, did not make any noise or movement. He stubbornly attached himself to Roman’s body, as if fighting was the only thing he had in mind.

But alas, Liang Xiao was outnumbered one to many.

Ye Ji’an ran forward and saw the scene more clearly. Liang Xiao’s tall and thin figure seemed unstable as if he would be lifted and thrown aside at any moment now.

Seeing this, Ye Ji’an joined in as well. Having removed his heavy Burberry coat, he seemed to have gone back to his twenties—back when all he could afford were Uniqlo and Semir.2Affordable clothing brand in China

A master suddenly appeared, shocking everyone around. The two thugs who were desperately pushing at Liang Xiao were yanked away by Ye Ji’an and kicked to the ground.

The remaining thugs subconsciously tried to avoid him. Even Roman’s grip on Liang Xiao’s neck loosened.

However, the one who was most stunned by the new turn of events was Liang Xiao himself. Raising his head, those naturally smiling eyes were filled with coldness. With a murderous expression on his bruised face, Liang Xiao yelled out, “Why have you come back?!”

With a simple backhand, Ye Ji’an twisted an arm. It belonged to a red-haired gangster who’d gotten up and wanted to strangle his neck.

Rough snow was kicked up and some landed on Ye Ji’an’s face. In this split second, in this moment of calm within the flurry of activity, Ye Ji’an saw the rage written on Liang Xiao’s face and that dress shirt of his that had two buttons torn off.

When Liang Xiao had taken the shirt out yesterday, Ye Ji’an had been right beside him. He had even helped him iron the shirt.

If Ye Ji’an’s memory served him well, the shirt was made to order. The cuffs even had his initials, Shawn. L. embroidered in cursive. Now, this high-end product was tattered and hanging on a child with stubbornness written all over his face.

Ye Ji’an suddenly laughed. All this had happened within a second; he knew he did not have the luxury of time to continue watching the fight and thinking about nonsense.

“Hey, little comrade Liang! That’s not the attitude you should have towards your comrade in arms!” 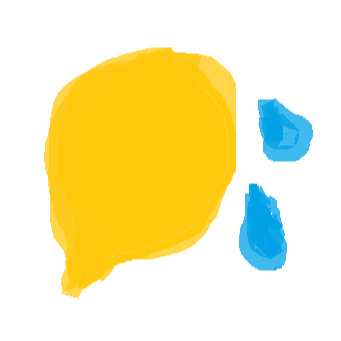