After the Rebirth of the Film Emperor

Probably realizing that Ji Zhinong wasn’t as easy to bully as before, Ji Yunan didn’t come acting insincerely in the next few days. The Ji family members, on the other hand, often came to the hospital, but not out of concern for Ji Zhinong. Indeed, twenty two years of interaction already made Ji Yunan a part of the Ji family on an emotional level. Despite the recent discovery that he wasn’t the biological child, it didn’t keep the relatives and elders from being biased towards him.

That day, before Li Wei had left, he’d also reminded Ji Zhinong to look towards the future instead of fighting with Ji Yunan day and night. It was only when he achieved success in his career that he could establish a foothold in the Ji family, and this was naturally what the Old Master wanted.

It probably wasn’t his first time saying this.

But the 22 year old Ji Zhinong hadn’t understood, whereas the 32 year old Wen Che clearly understood the reasoning behind it.

Blood relatives wouldn’t send help in a crisis. They would only add the icing on the cake. 1They won’t help him when he’s down, but they will when he’s successful

But what baffled him most was why the Ji family members loathed Ji Zhinong, the recovered biological son. Even if Ji Yunan was extremely likeable, according to common logic, shouldn’t Ji Zhinong have been pampered thousands or tens of thousands times more? How did he end up to the point of having no one but his grandfather supporting him in the entire family? What exactly did Ji Zhinong do to be so hated?

He asked Li Wei to get Ji Zhinong’s phone and tablet. After six years, these messaging devices had already gone through several generations. Wen Che swiped open his iPhone 21; the ancient Face ID was still in use and he didn’t need to guess the password. Using the same method to open his iPad, he looked for the device’s “beginner’s user guide” like an old person. After studying it for half an hour, he started using it with some difficulty. What shocked him was that the ancient social messaging apps were still “alive”.

Clicking open the browser, he hesitated for a second before finally inputting his name in the search box.

Google quickly showed contents related to “Wen Che”, along with a black and white photo.

Wen Che stared at his surprisingly unfamiliar, former face. At the side were large sections on his life, starting from his debut at 16 years old up until he was 32 years old, and a whole ten detailed lines on the awards and honors he received. However all of this paled in comparison to the last line: “On December 8, 2025, he unfortunately passed away in a car accident.”

He said to the photo of himself in quiet ridicule.

Roughly skimming through the webpage of the keyword search, he saw yearly news articles that were r discussing him – some in reminiscence, some in regret, and others using him to help newbies gain fame – but thankfully all the contents were positive compliments.

He remembered that previously his temper had offended quite a few people. His sudden death was bound to be met with a lot of speculation, as there were still traces of carnage of six years online. Wen Che just didn’t think that those people wouldn’t take the chance to defame him. Could it be that someone manipulated the media for him?

This was all unknown, but he could only think of one person who would protect his reputation for him after his death.

Wen Che couldn’t resist searching the words “Lu Yuankong”. There were only a few posts, the latest being from three years ago of him shopping at a supermarket overseas, nothing new.

This wasn’t strange as Lu Yuankong wasn’t part of the entertainment circle. He was only followed closely by the media because of his romantic relationship with Wen Che.

That night, six years ago, Lu Yuankong’s planned proposal definitely fell through. Wen Che had known about this surprise ahead of time but didn’t know that he wouldn’t have the luck to experience it.

The cruel reality was that he didn’t even remember the way to contact Lu Yuankong.

But as long as he was still in the world, it wasn’t impossible to meet.

He wasn’t the type to wallow in sorrow and quickly walked out of his muddy memory lane. As he regained his composure, he typed Ji Zhinong into the search box. After he finished typing the two words, the entries automatically showed a long list of content.

“Ji Zhinong selling his body to climb the ladder”

“What connection does Ji Zhinong have with Ji Corporation?”

Opening any of the entries would yield large amounts of both true and fake news. Pictures of him online were also rare and unsightly, all of them uglified, some even bed pictures of small dimensions. Slightly better-looking pictures were few and far between.

Wen Che frowned. He roughly understood why the Ji family loathed the original owner of the body so much.

After looking at these pictures and combining the words in the news with every effort to remember, he could only remember fragmented snippets. This seemed to be the part of a memory that the original owner was afraid of, enough to make his temple suddenly ache as if trying to stop the recollection, but more like trying to escape.

Wen Che stopped thinking about it in time and breathed a sigh of relief. At the very least this proved that this memory was painful to Ji Zhinong himself, so it was very likely that he was forced to do the dirty things in the news.

Before he returned to the Ji family, his family background wasn’t good, which made it understandable why he was forced to do such things against his will. But at least he didn’t willingly give up on himself and was still salvageable.

Resisting his impatience, he dug into the scandals and exposé material of Ji Zhinong, his current self, bit by bit, and also glanced at his current works. Whether small or large, he’d acted in five or six dramas, two of which he acted as main leads in. Those two roles of main leads were also the resources he got only after returning to the Ji family, but the ratings were all under 4 stars, and the box office sales was only a pitiful five million4To put into perspective, extremely successful movies have billions in box office sales.

“…” Since Film Emperor Wen’s rebirth, it was the first time he wanted to curse: the hell!!!

For Ji Zhinong, turning over a new leaf wasn’t much harder than ascending the heavens!

Just as he was sighing, Ji Ruzhang knocked on the open door of the patient ward. “You can be discharged this afternoon. The family car will be downstairs to pick you up.”

In the entire Ji family, aside from the Old Master, only the eldest sister Ji Ruzhang would think to take care of the newly recognized brother.

What was coincidental was that Ji Yunan was also getting discharged from the hospital this afternoon. Ji Zhinong walked out of the patient ward alone, but Ji Yunan had Qin Kaiyu to accompany him. Qin Kaiyu guarded against Ji Zhinong as if he were guarding against a pervert, seemingly concerned that Ji Zhinong would do something unsightly to him.

Ji Zhinong was speechless. But with that exposé material and scandals as support, he understood his character after rebirth and felt that the other being on guard was understandable.

Ji Ruzhang kindly accompanied her two brothers downstairs of the inpatient department. She gave her fake brother a few pieces of advice , more or less telling him to not get a cold and to eat his medicine on time, and told her real brother, “After getting home, behave yourself. Don’t make dad and mom unhappy.”

Originally the three planned to leave together, but Ji Yunan suddenly lowered his head in inferiority, saying, “I don’t deserve to take the Ji family car. I-I’ll walk back myself.”

This was said pitifully, forcing Ji Ruzhang to comfort him and say that they were still family. Even the chauffeur called him young master, ignoring Ji Zhinong.

He couldn’t stand it anymore. Turning his hand to grab Qin Kaiyu’s unlocked phone, he called a Beepbeep Express car online and then returned the phone to Qin Kaiyu. “Since it’s so hard for Yunan, then just call a taxi. Everybody’s happy.”

He accidentally touched the pocket of his coat and noticed that there was something inside. Pulling it out, he saw to his surprise that it was a wedding ring—probably that pair they didn’t have the chance to exchange during the wedding.

Only to see Qin Kaiyu immediately go on guard, as if Ji Zhinong was going to force him to marry him.

Ji Zhinong closely observed the quality of the wedding ring and could only say that it was done as half-heartedly as the wedding. For a pair of wedding rings to total only around 300k, in Wen Che’s mind, it couldn’t amount to any valuable jewelry, only defective ones.

“Qin Kaiyu, previously there was a problem with my aesthetic judgment, which was why I pestered you to the borderline of harassment. I apologize.” He first acknowledged the original owner’s wrongdoing and then coldly said, “I also hope you can understand that the current me really doesn’t have any interest in you.” He stuffed the ring into Qin Kaiyu’s hand, “I wish you and Yunan a long and happy lifetime together.”

Not waiting for the two to refute him, Ji Zhinong had already ducked into the Bentley, swaggering off.

Ji Yunan was itching to throw away this pair of rings, but because Ji Ruzhang was still there, he didn’t dare do anything out of character. Soon an ordinary sedan stopped in front of them, the chauffeur smiling towards Ji Yunan, saying, “Beepbeep Express, at your service.”

After getting in the car, Ji Yunan noticed that Qin Kaiyu was a little distracted. It was only after he patted his palm that the other turned his attention back.

Qin Kaiyu was quietly murmuring his mind. Why was Ji Zhinong different from before? Before he’d seemed like a subservient little puppy trying to please him, but these few days, it was as if he’d changed into another person, swaggering and arrogant. It was actually—actually pretty interesting.

Next chapter the actual story will start. The gong5term for the dominant one in the relationship will appear.

Disclaimer: The characters in this text are not based on any real people. Don’t make any associations.

Additional information to avoid controversy: Because his mental age is 32 years, he is comparatively mature. In matters of acting, he could be considered a genius. Later on, he’ll easily mesmerize others, but the romance will always be one on one.

Thanks for reading and all the supportive comments! (〃▽〃)

There will be a bonus update today! (≧∇≦)/ 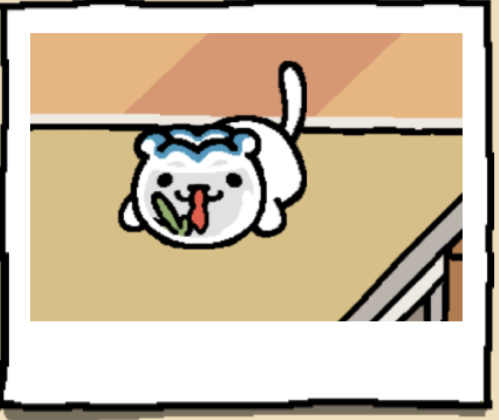 Hi there! I'm Kirie. I enjoy reading, listening to kpop, and translating. uwu
Prev
Next