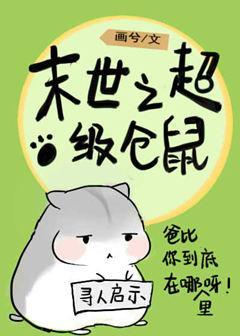 The magnitude of the mountain’s quaking shocked everybody but also made them blush with excitement at the same time. If the ability users can become stronger, didn’t that mean that getting rid of the zombies would become much easier?

If so, didn’t that mean that the apocalypse’s end was near?

The young students looked at the huge craters and cracks in the distant mountain, chittering with excitement. The male students’ eyes were bright, showing even more fervent admiration.

However, Xie Jun and Liu Dashan had already tired out their bodies with this full blow and were lying on the ground like two salted fish, far from being movie heroes.

“Stop talking and come help me ah!” Xie Jun howled as he laid on the ground. “Throwing me two crystal nuclei is enough, I don’t have the strength to talk anymore!”

Xiao WuYi took the lead and squatted beside Xie Jun. After he put a few crystal nuclei into the two’s hands, he couldn’t help but poke their buff arms with his fingers, his eyes sparkling.

Xie Jun and Liu Dashan were moved seeing that the little boss still cares about them. However, the young boy threw these emotions into the West Lake waters with his next sentence.

“Hurry up and recover, bring back your sledgehammer and axe. I want to touch it! I want to see!”

The sledgehammer and the axe were both retrieved in the end. Both still retained their original deep, black appearance. But despite this, everyone was fascinated by it and wanted to touch it for themselves.

Xie Jun and Liu Dashan were pushed out. They obviously weren’t the ones being touched but they still felt uncomfortable.

“I feel like I’m being taken advantage of.” Xie Jun said with a serious, profound expression.

Everyone went to pick up the sledgehammer and the axe but they couldn’t shake off the feeling of running out of energy as they tried.

Xiao WuYi’s hand also reached out and tried to pull them up, but his small face turned red until finally, he could only look at the two weapons with completely unmatched weight and volume in shock.

“Xiaojunjun and Dashanshan are so powerful, you actually don’t get tired of holding these every day!” The little hamster exclaimed in awe.

The physics students present couldn’t help but display the spirit of scientific research. They circled the tools twice while touching their chin and looking up and down with great interest. “Their weight obviously violates the laws and its materials are also unknown.”

Xie Jun and Liu Dashan heard these words and suddenly felt a chill and blowing from behind as if they were about to be dissected. They rushed up quickly and took back their life hammer and axe. In their own hands, these two weapons stayed within their ordinary weights which made it possible for them to pick them up.

Headmaster Yuan looked at the two weapons thoughtfully from the side. Unlike the others, he put all his focus on the attribute of their ability.

Regarding this issue, the students around couldn’t help but ponder deeply about it as well. Students who liked to read novels also knew of elemental abilities like wind and rain or thunder and lightning, but haven’t really seen anything manifest into an axe or hammer.

Old Headmaster Yuan processed the students’ input and concluded after some thinking that, “Following the students’ line of thought, if we distinguish them by class in the final analysis, these should also be regarded as abilities under the metal system and the space system except their form are derivatives and variations. Xie Jun and Dashan should be variants of the metal system, which have manifested to be their unique weapons. Xiao Yu is a variant of the space system which is derived from the direction of isolation and defense, and it comes in the shape of a defensive shield.”

Others listened to this and thought about it. With such a distinction, the characteristics were very clear.

“If it really is as you say, then Dashan and I should be metal variants. When we woke up from the coma, we suddenly had these two weapons in our hands. It’s probably related to my and Dashan’s career.” With that said, Xie Jun couldn’t help but look at Wu Wenyu.

Wu Wenyu also, with a hint of shyness, shared her situation, “I have been living with my brother since I was a child and he has been protecting me all this time so I really wanted to protect him in turn.”

Hearing this, Xiao WuYi couldn’t help but think of Wenqiqi’s tall and burly figure then glance at Wu Wenyu’s delicately beautiful figure and thought that it was really hard to imagine the scene of the latter protecting the former in turn.

Xiao WuYi quickly shook his head to get rid of the terrible image and then looked up at the dimming sky.

Everyone immediately decided to find a place to rest.

By tomorrow, they will probably be able to thoroughly enter Shancheng. As they thought of the idea of being able to go home, the students who were locals of Shancheng couldn’t help but get excited.

The little hamster also felt a little closer to his daddy.

On the other side, Nie Xiao’s abilities have also been enhanced due to him absorbing nuclei day and night. The ability that didn’t have a bit of lethality finally showed the power it should really have.

It was already late at night and Nie Xiao was currently in a room with several other people in order to track the improvements they had made during the day.

Nie Xiao released his ability in the dark room. The faint, blue electric snake danced in the air, making a blaring and blasting sound. The ultra-high volts1trivia time: its said that whether you’re going to be electrocuted or not isn’t based on the volts but on the amperes. Learned this in youtube not due to paying attention in class made people dare not come close. And the original small and soft whirlwind also turned into a high-speed wind blade, with a slight stroke, a vase was cleanly split into two halves.

Wu Wenqi and Xiao Yan couldn’t help but marvel at the demonstration. Little Mo Ye next to them almost started applauding and clapping hands. Then afterwards, they began to unleash their abilities unwillingly one by one.

Xiao Yan’s ice ability changed from a simple frost to being able to freeze with a touch. The thick layer of ice on the objects she practiced with served as the best proof of this.

Wu Wenqi’s ability was even simpler and rougher. When his hands touched the ground, soil thorns over one meter high would break out of the flat soil.

“Strong is strong, but I refuse to touch the zombies with my hand.” Xiao Yan looked at the frost on her hands as she said this with a dark face, her expression full of unwillingness.

The little Mo Ye also showed his ability. His little dagger seemed to have no changes but cutting the soil thorn was as easy as slicing tofu. After cutting, he had to look at Wu Wenqi and explained in a very quiet manner.

“Revert it to the original state so that you don’t wrestle.”

Xiao Yan couldn’t help but laugh and ruffle the child’s hair. She borrowed the dagger in Mo Ye’s hand and observed it with curiosity. She then gently waved it, surprising herself when an ice blade formed.

However, the two men were not able to pick up the little dagger from Mo Ye’s hand, a feat which was very easy for Xiao Yan. They felt like there were several mountains pressing down on it and it was as heavy as a thousand altogether.

“Dishonest practices!” Wu Wenqi couldn’t help but wonder and rub little Mo Ye’s head vigorously. “Say, did you mess with it because you like beautiful sisters at this young age?”

“I don’t! I did not!” Innocent little Mo Ye was wronged, especially wronged. He had no idea what was going on.

Xiao Yan on the side couldn’t help but worry. She looked at Xiao Moye and said with concern, “Momo, did I freeze you just now?”

“Not at all, I grew up in Mohe and am not afraid of the cold.” Mo Ye replied honestly as he shook his head. He just felt a moment of a cool whizzing breeze but there was no trace of discomfort.

Xiao Yan then suggested, “Then Momo, let’s join forces in the future!”

An agreeable decision was reached in an instant. On the side, Wu Wenqi looked a little uncomfortable and couldn’t help but clench both his fists as if twisting Mo Ye’s small melon brain.

Nie Xiao, who seemed to have been forgotten in the corner, glanced blankly at the rumbling “family of three.” He then walked towards the window in loneliness, looking at the moon outside while letting out a silent, lonely sigh.

#Late at night, old father thinks of son in loneliness#

#Late at night, old daddy thinks of son in loneliness#

In a quiet room, Ning Feng and Duan Wenyu also communicated with each other to study their abilities. The two lowered their voices as if they were planning to cheat on a test.

Ning Feng opened his palm and let out a big blossoming spark. The light from the fire illuminated the dark room all at once, and the two people’s faces were lit up red.

Duan Wenyu took an empty bottle, and instantly filled it with water, in consideration of maximizing water conservation.

Ning Feng couldn’t help but look at the bottle of water and purse his lips, “Sure enough my fire ability looks cooler!”

With that said, Ning Feng held the big blossoming spark in his palm. He held his illuminated hand high and cheerfully spoke as he circled around in the same place, the gorgeous spark painting beautiful lights and shadows in the air.

“This grandpa will be an arsonist in the future and mesmerize thousands of boys and girls.”

Duan Wenyu sneered at Ning Xiaofeng who was “combing his head and posturing with fire.” He pushed up his glasses and threw the water ball in his hand.

“Everyone is responsible for fire prevention and theft prevention.”

“The modern firefighter, an extinguisher on the spot.”

I really hate this.

Waking up early the next morning, Xiao WuYi and the others immediately set off towards Shancheng. Accelerating the pace of their progress, they were able to arrive at a small village on the outskirts of Shancheng before noon and thoroughly enter the range of inhabitation.

As long as they passed the small village in front of them, they could quickly reach the city and go to the homes of several schoolmates to look for their families.

It’s just that they never could’ve imagined that when they stepped into the small village, their every move was known to a little figure.